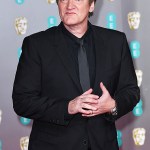 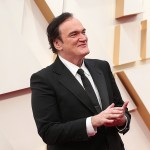 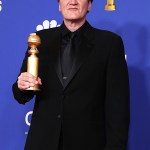 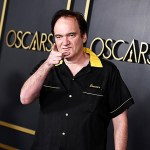 Quentin Tarantino has been happily married to his wife, Daniella Pick, for three years, and the couple has dated for many years before that. Here’s everything to know about the woman who stole the writer-director’s heart!

Quentin Tarantino, 58, has made name for himself in Hollywood with  films like Once Upon a Time in Hollywood, Kill Bill, and Django Unchained, and more, winning numerous awards an accolades for his work. Perhaps his biggest award, however, is his wife Daniella Pick, 38, with whom he welcomed a child in 2020.

Before he and Daniella walked down the aisle, the writer-director stated that when he was working on a movie, it was “all about the movie,” causing him to put off the prospect of settling down with a wife and kids. “Nothing can get in my way,” he said at the time, “The whole world can go to hell and burst into flames. I don’t care. This is my life. It’s Mount Everest. If you’re climbing Mount Everest, you’re not doing anything else. All your concerns, all the mundane things, family, any of that, it just disappears.” The auteur continued by saying that he was still open to marriage and babies, but that at that time, it was his “time to make movies.”

Now, with a plethora of films under his belt, it looks like Quentin became open to love and starting a family. Here’s all you need to know about his wife, Daniella, their relationship timeline, and his loves of the past.

Who is Daniella Pick?

'Once Upon a Time in Hollywood' LA Film Premiere -- PICS 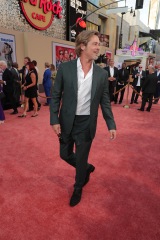 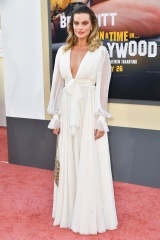 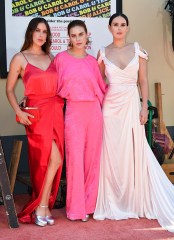 Daniella is an Israeli singer who is the daughter of musician Svika Pick, a singer-songwriter-composer who was one of the leading pop influencers in the ’70s. According to The Jerusalem Post, Svika caused some controversy with the Hebrew version of the musical Hair, when the actors “stripped down to their birthday suits, causing uproar across the country, as well as in political circles, and left an indelible mark on the national psyche.”

Daniella followed in her father’s footsteps with her own singing career, first starting off as the second half of a short-lived sisters duo with her sibling, Sharona Pick. The two were best known for their pop single, “Hello Hello” and performed the song at the Eurovision singing competition in 2005. Daniella then later launched a solo career, releasing songs like “Love Me” and “More or Less.”

Quentin and Daniella officially met in 2009 when he was in Israel to promote Inglorious Basterds. The paparazzi caught their blossoming romance at the Whip It movie premiere in Sept. 2009 when they both got cozy on the red carpet. The pair, however, broke up, according to Newsday, and didn’t start dating again until the summer of 2016. Following their reunion, Quentin proposed in 2017, and the duo had an engagement party that proved to be an epic Pulp Fiction reunion, with Bruce Willis, Uma Thurman, and Samuel L. Jackson in attendance. Diane Kruger, who starred in Inglourious Basterds, also attended the event, which was held at the New York venue Socialista, reported PEOPLE.

The lovebirds finally walked down the aisle on Nov. 28, 2018 in an intimate Reform Jewish ceremony in their Beverly Hills home. For the ceremony, Daniella wore a chic white dress with a sweetheart neckline and a tiara while Quentin sported a dapper black suit, reported PEOPLE about the event. The couple posed amid a white floral arrangement and attended a beautiful reception, with video taken by TMZ of them walking into the gorgeous event. Celebrity guests included Harvey Keitel, Tim Roth, and Eli Roth, reported ET, and Quentin’s longtime muse, Uma, was also in attendance.

“I just got married six months ago. … I have never done that before—and now I know why: I was waiting for the perfect girl,” Tarantino said at the Cannes International Film Festival, via The Associated Press, while promoting Once Upon a Time… in Hollywood.

The happy couple then announced they were having a baby in 2019. Their baby boy, Leo, was born Feb. 22, 2020 and named after Daniella’s maternal grandmother. At the 2020 Golden Globe Awards, Quentin won for Best Original Screenplay and shouted out his then-pregnant wife. “And to my wife who’s watching from Tel Aviv, who’s pregnant with my very first child, Toda, geveret, I love you,” Quentin adorably stated at the event before walking offstage. “Toda, geveret” is Hebrew for “Thanks, Mrs.” Daniella then responded on her Instagram to her man. “Overjoyed and so proud of my husband ❤️ (also for his Hebrew!),” she captioned a photo of Quentin at the ceremony.

As of Jan. 2020, the couple announced they would be splitting their time between Tel Aviv, Israel, and Los Angeles.

Who were Quentin’s previous partners?

In the early 1990s, Quentin dated comedian Margaret Cho shortly after the release of his film, Reservoir Dogs. “I knew who he was because Reservoir Dogs had just come out and he approached me because he was a fan and we just clicked,” Margaret said in an interview with Hudson Union Society in 2014. “He had 8,000 VHS tapes, so that was reason enough for me to hang out with him,” she laughed. Quentin dated another funny lady, Kathy Griffin in the ’90s.

From 1995 to 1998 the Hateful Eight director dated actress Mira Sorvino and was her date to the 68th Annual Oscars for which she won the Academy Award for Best Supporting Actress for Mighty Aphrodite. The couple then separated in 1998 and Mira released the statement saying, “[They] still love each other very much” but had reached a “mutual” decision to go their separate ways,” she told PEOPLE at the time.

Quentin then dated another director, Sofia Coppola, after his split from Mira and Sofia’s split from director Spike Jonze. The pair dated from 2003 to 2005 and have remained friends ever since their breakup. In 2010, Quentin served as the jury president for the Venice Film Festival where he presented Sofia with the Golden Lion award for her film Somewhere, causing many to criticize him for favoring the director due to their past relationship. Quentin, however, refuted the claims. “Being her friend didn’t affect me or make me sway the jury in any way,” he told reporters in early 2011.

What are their future plans?

Quentin also shared in July 2019 on Jimmy Kimmel Live that he would be interested in TV projects which “could be really kind of cool.” The filmmaker, however, shared at the Rome Film Festival in October that a Kill Bill 3 could be in the works or that perhaps he’s into making a comedy. “It’s not like my next movie,” he shared at the event about an unspecified project, per Variety. “It’s a piece of something else that I’m thinking about doing — and I’m not going to describe what it is,” Tarantino said. “But part of this thing, there is supposed to be a Spaghetti Western in it.”

Although movies will likely always be on Quentin’s brain, it seems like for now he’s happy to settle in with wife Daniella and their baby boy, Leo!