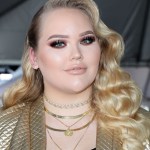 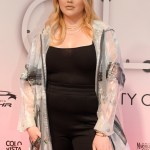 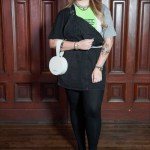 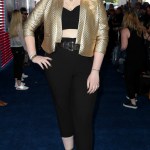 Dutch-born beauty vlogger NikkieTutorials has come out as a transgender woman, after she claimed that she was being blackmailed by people who wanted to leak her truth to the press.

Nikkie de Jager, the Dutch-born YouTube beauty star better known as NikkieTutorials, has come out as a transgender woman in a new 17-minute video she shared on Jan. 13. “When I was younger, I was born in the wrong body, which means I’m transgender. Filming this video is so scary, but it’s so liberating and freeing,” the 25-year-old makeup guru explained to her fans. Nikkie said that one of the reasons why she didn’t reveal she was transgender sooner was because she “wanted my channel to be about my art.” Want to know more? Check out five things to know about NikkieTutorials below.

1. Nikkie has a massive YouTube following and has been recognized for her work. Her channel has 12.5 million subscribers who love her makeup tutorials, product testing, and side-by-side sessions with fellow beauty vloggers, such as Jeffree Starr and Miss Fame. She first began uploading videos to YouTube in 2008. Nikkie was named one of the top ten beauty influencers in 2017 by Forbes magazine. That same year, she also won Choice Web Star: Fashion/Beauty at the Teen Choice Awards.

2. Nikkie’s mom has always supported her. “Growing up, I think the number one thing I’m most thankful for is my mom. She has been there for me since day one. She has always supported me, always accepted me. And that is everything you need as a kid. A parent that understands and listens and respects,” she said in the “I’m Coming Out” video. Nikkie even revealed that her mom was sure when she was pregnant with her that she was carrying a daughter and joked that she was, even though that’s not how her body emerged into the world.

4. Nikkie addressed her relationship with her fiance Dylan. She got engaged to her boyfriend Dylan during a trip to Italy in Aug. 2019, after dating for about a year. “Dylan is a very special guy and I’ve never met anyone like Dylan. He is truly the most kind-hearted man in my life ever. Dylan and I — we clicked. He didn’t know and he knows now. But I wish I told him sooner.” While she noted that it’s a “private matter,” Nikkie said she is “so proud” that they’re “able to deal with it.” She called him a “strong, inspiring human being and I am honored to be by his side.”

5. Nikkie confessed that she decided to reveal her truth because she was being blackmailed over it. “I have been blackmailed by people who wanted to leak my story to the press,” she revealed. “At first, it was frightening. It was frightening to know there were people out there that are so evil that they can’t respect someone’s true identity. It is vile and it is gross.” Nikkie continued, “So to the people who tried to blackmail me and thought they could really mess up my life with that, this one’s for you. I hope you can sit nice on it.”