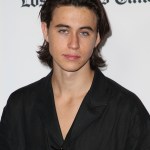 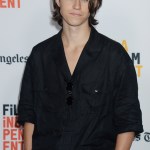 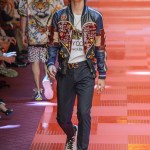 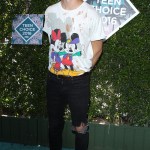 Nash Grier just revealed that he his fiancée Taylor Giavasis are expecting a baby! Here’s everything you need to know about him!

Nash Grier, 21, posed with his fiancée Taylor Giavasis, 21, in a field full of flowers, and dropped a major bombshell in his caption: “1 + 1 = 3 👶.” Yep, they’re going to have a baby! While you congratulate the YouTube star, learn all there is to know about him right here.

1. He’s totally pumped about becoming a father. After Taylor wrote on Instagram, “As long as I can remember I’ve wanted to be a mommy. I’ve always been enthralled with pregnancy and the joy/strength that come with motherhood. I am honored to be able to experience such a gift. The love and support Nash and I have received has made us feel like the luckiest people on earth. We look forward to the future and sharing the rest of our journey ✨,” Nash sweetly commented, “YOU’RE GONNA BE THE BEST MOM.”

2. He, along with Taylor, previously denied that she was pregnant in Dec. 2018. After fans thought a video Nash posted showed Taylor’s baby bump, Grier’s rep told HollywoodLife, “Definitely not confirmed. That was a friend’s Instagram Story and they were just playing around with Taylor’s ‘food baby’ that night.”

3. Nash proposed to Taylor in March. Sharing a photo of Taylor lying on the ground, which was covered with roses, and sporting a ring on that finger, Nash told his followers in the caption, “She said yes 😭.”

4. Nash was criticized for screaming a homophobic slur in a video that surfaced in 2014. The video, which he subsequently deleted, featured a clip from a HIV public service announcement, before the camera turned to Nash screaming the hateful slur. He has since apologized for his remark.

5. He previously opened up about how Justin Bieber dealt with fame in 2016. “I’ll go and talk with [Justin] and I’ll have one of the most normal, great conversations man-to-man and it’s just normal,” Nash told J-14. “He is famous, but I don’t see him as that. I just see him as a person…. He’s just got a lot of knowledge and wisdom.”