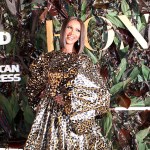 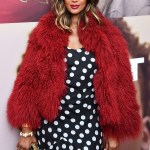 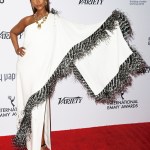 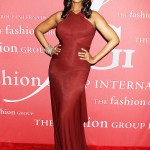 David Bowie and Iman’s daughter, Lexi, is all grown up, and she went viral after revealing that she hasn’t seen her mom in six months in her Mother’s Day tribute.

Alexandria Zahra Jones, better known as Lexi Jones, broke the Internet with her post dedicated to mom, Iman, on Mother’s Day. The post was quite emotional, as Lexi revealed that she hasn’t been able to see Iman in six months due to travel restrictions amidst the coronavirus. “Everyone please stay inside,” she wrote. “I haven’t seen my mom in 6 months because we live on opposite coasts, and it’s very difficult to leave NY right now. I am a child and I miss her dearly, so please be party poopers this one time so it doesn’t take two f***ing years to see her again.” Lexi is just 19 years old, and fans were heartbroken to know she had been separated from her mother for so long. Here’s more to know about the teenager.

1. She has two very famous parents. Lexi is the daughter of model, Iman, and rock legend, David Bowie. Iman was David’s second wife, who he married in 1992. Iman gave birth to Lexi eight years later in August 2000. She is their only daughter. However, Lexi has a half-brother, Duncan, from David’s first marriage to Mary Angela Barnett, which lasted from 1970-1980, and a half-sister, Zulekha Haywood, from Iman’s first marriage to Spencer Haywood, which ended in 1987. Duncan was born in 1971, and Zulekha was born in 1978, so they are both significantly older than Lexi.

3. She’s an artist. Lexi’s parents kept her super private when she was young, but she now has a following on Instagram, where she posts selfies of herself, as well as photos of her artwork. She mostly favors painting and drawing. Her page has more than 50,000 followers, and she sells her work online.

4. She could be a model…if she wanted to. In a 2018 interview with Porter magazine, Iman admitted that she’d gotten tons of calls for Lexi to model like her mom. However, Iman urged her daughter to stay out of the spotlight while she was still young. “Every agency, every designer called me to say, ‘If she wants to, we’d love for her to model for us,’ but I said, ‘No, she doesn’t,'” Iman explained. “I know why they wanted her to model. It’s because she’s David Bowie’s daughter. She says I’m overprotective. But I told her, ‘This can all wait. It isn’t going anywhere. Have a life that is private while you can, because one day soon, it is going to be public. So enjoy this.”

5. She’s a high school graduate. Lexi graduated high school in 2018. That year, Iman revealed that her daughter was taking a gap year from college. It’s unclear if she’s since made any decisions about where she wants to attend school, or if she will at all.