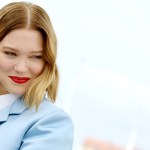 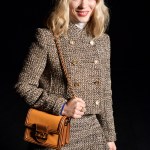 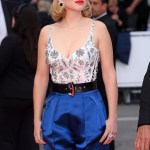 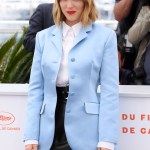 Léa Seydoux plays ‘Bond Girl’ Madeleine Swann in ‘No Time To Die,’ which marks Daniel Craig’s final outing as 007. Here is everything to know about Léa.

The iconic “Bond Girl” has been played by actresses like Rosamund Pike, Eva Green, Gemma Arterton, Denise Richards, Halle Berry, and more. But this go around, it’s Léa, 36, who acts as Bond’s love interest/right-hand woman in No Time To Die. Below, everything you need to know about Léa Seydoux.

1. Lea is a French actress.

Léa was born in Paris on July 1, 1985, and got her start in acting in French cinema in the mid-2000s. Her first major screen role was Girlfriends (Mes copines), followed by La Consolation in 2007. But Léa’s breakthrough role came in 2008’s The Beautiful Person (La Belle Personne), which earned her the 2009 Chopard Award for Best Upcoming Actress at the Cannes Film Festival.

Bond Girls: Meet The Badass Beauties Who Starred Alongside Iconic 007 Then & Now 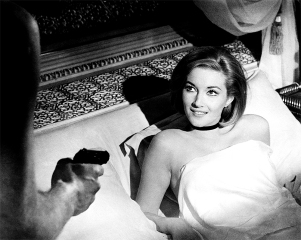 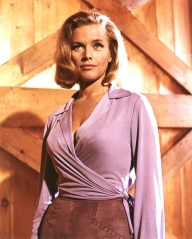 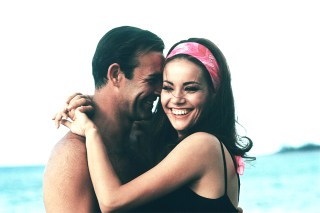 Years later, after starring in several Hollywood movies, Léa played a lesbian art student in the French film Blue Is The Warmest Colour. Léa received critical acclaim for the role, and she was awarded the Palme d’Or at Cannes in 2013. Future French films that Léa appeared in included Beauty and the Beast, Saint Laurent, and Deception.

Léa’s made a name for herself in American filmography, as well. Her first Hollywood role was in Quentin Tarantino‘s Inglorious Basterds. She followed up that iconic war film with a role in Ridley Scott‘s Robin Hood, and then she played Sabine Moreau opposite Tom Cruise in 2011’s Mission: Impossible – Ghost Protocol. A few years later, she secured her next major film role: Madeleine Swann in the 2015 James Bond film Spectre.

As was just mentioned, Léa has been apart of the James Bond franchise for years now. She first played Madeleine in Spectre, the last Bond film to come out before No Time To Die. The action-packed flick followed Bond (Daniel) and Madeleine (Léa) pitted against Ernst Stavro Blofeld (Christopher Waltz), the villainous leader of a global crime organization. Spectre was released in U.S. theaters on November 6, 2015, and grossed over $800 million worldwide. Léa clearly enjoyed her stint as Madeleine in the movie, as she reprised the role six years later for No Time To Die.

4. She also works in modeling.

Léa obviously has a big-time career in acting — but that’s not her only success story. She’s modeled for years, having appeared in photo shoots for magazines like Vogue Paris, L’Officiel, Another Magazine and more. However, Léa has made it clear that she does not see herself as a model. “I’m not sure why everyone says that. I’ve done some fashion shoots, but always as an actress,” the star told Hollywood Reporter back in 2012.

Léa is blessed in both her career and in her personal life. The actress has a son, Georges, whom she welcomed on January 18, 2017 with boyfriend Andre Meyer. Léa and Andre were dating at the time of their son’s birth, but reports have stated that they’ve since got married. Léa has never confirmed this, which is unsurprising given that she tends to keep her personal life out of the spotlight.

In a recent interview with Town & Country, Léa spoke about how her acting career also accommodates her personal life. “I think being an actress is also good because you can work very intensively for a few months and then have a month where you’re off and you can have a normal life,” Léa said. “It suits me in a way.”