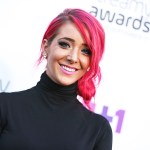 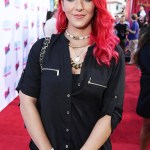 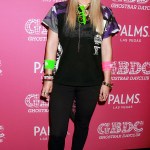 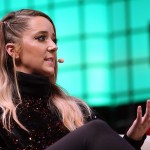 Jenna Marbles announced in an emotional YouTube video on June 25 that she would be leaving the platform after a video of her in blackface resurfaced from her channel. Here are five things you should know about her.

Famed YouTube celebrity Jenna Marbles uploaded a tearful video on June 25 announcing that she would be leaving the platform that made her famous, after a video of her in blackface resurfaced along with a video of her rapping and using racist language against the Asian community. “It’s awful. It doesn’t need to exist. It’s inexcusable…I shouldn’t have said that, ever. It’s not cool, it’s not cute, it’s not okay. I’m embarrassed I ever made that, period,” she said in her video. Here are five things you should know about the YouTuber.

1) Jenna joined YouTube in 2010. After working various jobs in the Boston area, Jenna took to YouTube and began uploading videos as her alter-ego/ YouTube character Jenna Marbles. One of her early videos — “How To Trick People Into Thinking You’re Good Looking” — garnered over five million views. Another video she released in 2011 — “How To Avoid Talking To People You Don’t Want To Talk To” — was featured in The New York Times and ABC News in August 2011. When she was active on her account, Jenna would publish a new video every Wednesday or Thursday, amassing over 20 million subscribers to her channel and publishing hundreds of videos in the years since.

2) Her resurfaced videos come from the early days of her career. Jenna openly discussed in her June 25 announcement video how embarrassed she was that she uploaded the videos featuring her in blackface in 2011 and using racial slurs. Both videos, which were set to private because Jenna didn’t “want anyone to feel upset about anything,” were featured in her apology video title “A Message.” One of the 2011 clips featured her in blackface as Nicki Minaj, while the other featured her rapping and using disparaging, racist language against the Asian community.

4) Jenna has won two major awards for her past work. In 2014, Jenna won the Young Hollywood Award for Viral Superstar. In 2017, she won the Shorty Award for YouTube Ensemble. She’s also been nominated for three Streamy Awards between 2015 and 2017.

5) She’s a college and masters program graduate. Jenna received her Bachelor’s degree from Suffolk University where she studied psychology. She earned her Master of Education degree in sport psychology and counseling from Boston University.