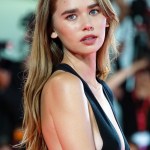 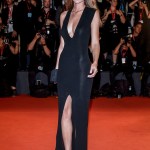 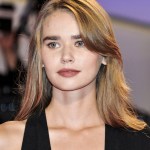 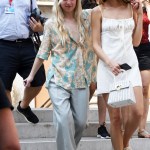 Liam Hemsworth may have a new lady in his life! The actor has sparked romance rumors after being spotted out with 21-year-old model, Gabriella Brooks, in Australia.

It’s been four months since news broke that Liam Hemsworth, 29, and Miley Cyrus, 27, had called it quits after just eight months of marriage. Liam has been much more low-key since filing for divorce, but on Dec. 13, he was all smiles while meeting his parents for lunch in Byron Bay, Australia — and he had a very special guest with him! The lady by Liam’s side was 21-year-old model, Gabriella Brooks, who embraced Liam’s mom as they met up for the lunch date. The status of this pair’s relationship is unknown, but Liam looked absolutely ecstatic to be spending time with her, and romance rumors are certainly brewing. Here’s more to know about Gabriella:

1. She’s also newly single after a fairly public relationship. Gabriella’s last boyfriend was Matty Healy, 30, who is the leader singer in the band The 1975. The two were reportedly together for four years before breaking up this summer, so Gabriella and Liam are both single for the first time in quite a long time. Gabriella was fairly private about the relationship on social media, but she did post photos with Matty every now and then. Her most recent post with him was in April 2019.

2. She’s college educated. Despite working as a model, Gabriella also attended Sydney University, where she studied ancient history and archaeology.

3. She’s been modeling since she was just a teenager. Gabriella was just 14 years old when she booked her first modeling deal after being scouted. She is currently represented by Next Models, Storm Models and Priscilla Models.

4. She loves the outdoors. “I’m an adventurer,” Gabriella said in an interview with SurfStitch. “Ancient Egypt fascinates me as does zoology and animals, so I love watching documentaries on those sort of subject areas. I’m also really into travel, cooking and food.”

5. She’s also done some acting. Gabriella has starred in a number of short films, according to her IMDB page. She’s also listed as a director on some of the projects.