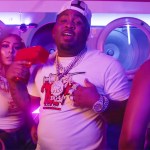 DeOndra Dixon was known as the little sister of Hollywood star Jamie Foxx, but made her own mark with a number of achievements and medals before sadly passing away at 36 years old.

DeOndra Dixon was famous for being the beloved sister of Oscar-winning actor Jamie Foxx. It was devastating for the Ray star to announce DeOndra’s death, who had died for undisclosed reasons on Oct. 19, 2020 at only 36 years old. A week later, Jamie sadly wrote that it felt like his heart “shattered into a million pieces” in the wake of the devastating news, but also looked back at their precious memories together in an Instagram tribute post.

DeOndra had Down Syndrome, which is caused by a “full or partial extra copy of chromosome 21” that “alters the course of development,” according to the National Down Syndrome Society. Jamie’s sister brought awareness to her disability throughout her life, which you can learn more about below:

1. DeOndra was Jamie’s younger sister. The siblings were exceptionally close and had even lived together since DeOndra’s high school graduation in 2002, according to DeOndra’s profile on Special Olympics. Jamie also has another sister, Deidra Dixon.

2. She was a longtime ambassador for the Global Down Syndrome Foundation. DeOndra was named as an ambassador for the Global Down Syndrome Foundation in 2011, a position that she held up until her death nine years later. She even “inspired” the foundation’s prestigious Quincy Jones Exceptional Advocacy Award and was the first-ever recipient of the honor in 2009, according to the foundation’s death tribute for DeOndra. She was also known for her iconic runway appearances at the foundation’s annual Be Beautiful Be Yourself Fashion Show!

3. DeOndra was a decorated Special Olympics athlete. Starting in the sixth grade, DeOndra competed in the Special Olympics and won “many awards and medals” during the nine years she participated, which she revealed in an essay for the Global Down Syndrome Foundation.

“I can’t tell you how many times we have had parties at the house where she has got on the dance floor and stolen the show,” Jamie wrote in his Instagram tribute after DeOndra’s death. Jamie even teased that his sister gave “her boyfriend,” dance legend Chris Brown, “a run for his money.”  He added, “well I know she is in heaven now dancing with her wings on…tho my pain is unbelievable I smile when I think of all of the great memories that she left me… my family… and her friends… from dancing in the blame it video… to Dancing on the Grammys…”

5. DeOndra taught Jamie “how to live.” In a sit-down interview with Dateline NBC in 2018, Jamie said he “learned how to live” because of his younger sister. “Sometimes we get caught up in our world on the extras of everything — ‘Ah, the Mercedes is not the right color!’ And then you see this girl over here. ‘I just want to live. I want to dance. I want to love.’ She brings you back down to what life is,” Jamie explained to NBC News correspondent Kate Snow.