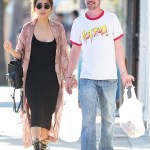 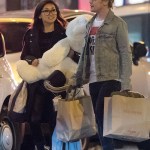 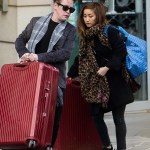 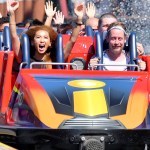 Brenda Song has been in the spotlight since she started dating Macaulay Culkin in 2017 but she’s had a steady and growing career as an actress for a while. Here are five things you should know about her.

Brenda Song, 33, is not only an actress, but a new mom! The beauty welcomed her first child, a son named Dakota, with boyfriend Macaulay Culkin, 40, on Apr. 5, and since then, all eyes have been on her. Since she kept her pregnancy under wraps, and didn’t announce the birth until Apr. 12, it surprised a lot of her fans, but now that everyone knows, she’s been embracing motherhood and was even spotted out with Dakota and her mom for the first time during a recent stroll in Los Angeles.

Here are five things you should know about Brenda and her background.

She started her career as a child fashion model.

She was spotted in a shopping mall by an agent from a modeling school and quickly began modeling in the San Francisco area, where she was born. Her family moved to Los Angeles to support her in an acting career when she was six-years-old and some of her first jobs included spots in commercials for Little Caesars pizza and Barbie. She eventually snagged a role in the 1995 film Requiem and went on to star in various other films and television shows.

Some of her most memorable roles were in features like The Social Network, Changeland, and in popular Disney shows like Phil of the Future, The Suite Life of Zack and Cody, and The Suite Life on Deck. She’s also appeared in Nickelodeon’s 100 Deeds for Eddie McDowd, Scandal, and Station 19. She currently stars on the Hulu comedy series Dollface.

Who did she date before Macaulay?

Brenda was in an on-again, off-again relationship with musician Trace Cyrus, 32, from 2010 until 2017. They were also engaged from 2011 until 2012. Trace is the son of country singer Billy Ray Cyrus and the brother of singers Miley Cyrus and Noah Cyrus.

After being homeschooled and earning a high school diploma at age 16, Brenda attended the University of California, Berkeley and graduated in 2009 after majoring in psychology and minoring in business.

How did she and Macaulay meet?

Brenda and the Home Alone star met in Thailand while on the set of their film Changeland, which was directed by Mack’s longtime friend Seth Green. They started dating in 2017 and it wasn’t long before they moved into together and began wearing “matching pajamas.” Esquire reported on their domestic bliss by writing, “Song bakes bread—she was baking bread long before the pandemic. They have animals: three cats (the youngest is one he got her for Christmas 2019, named Santa), a few fish, a Shiba Inu, and a blue-headed pionus, which is a parrot.”

In addition to acting, Brenda has a few music credits on her resume. The talented star was part of the Disney Channel Circle of Stars, which was a music group made up of a bunch of actors from various Disney Channel shows. She appeared on the track “A Dream Is a Wish Your Heart Makes” which was featured on the Cinderella platinum edition DVD and on the DisneyMania 4 album, which was released in Apr. 2006.

She also showed off her singing abilities when she performed “Bop To The Top”  and “Really Great” on The Suite Life‘s High School Musical-themed episode. “Bling is My Favorite Thing” is another song she performed in an episode of the show.