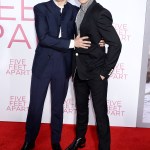 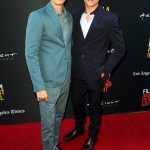 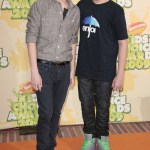 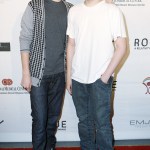 ‘The Suite Life of Zack and Cody’ skyrocketed Cole and Dylan Sprouse to superstardom. Cole gave a definitive answer about a potential ‘Suite Life’ reboot during his ‘Drew Barrymore Show’ interview.

Don’t get your hopes up for a reboot of The Suite Life of Zack and Cody. Cole Sprouse, 28, won’t be doing it. “I’m asked all the time if Dylan and I are going to do a Suite Life reboot, and I go, ‘No, absolutely not,'” Cole said on the Jan. 19 edition of The Drew Barrymore Show. Well, that settles it!

He also said, “Reboots are a tricky thing, you know? The original shows when they become successful sit in this little golden plate of nostalgia and when you modernize it and go back to it, it has the potential to really disenfranchise the original fanbase so it’s a very, very touchy thing.” Cole has been open in the past about not being interested in a reboot.

Cole and his identical twin brother, Dylan Sprouse, starred in the Disney Channel series from 2005 to 2008. The show became a massive hit and spawned a sequel series, The Suite Life on Deck, which ran from 2008 to 2011. A TV movie titled The Suite Life Movie premiered in 2011.

After the Suite Life era was over, Cole and Dylan took a break from acting and went to New York University. Cole studied archaeology and took up photography. Cole and Dylan graduated from college in 2015.

Cole returned to acting playing the role of Jughead Jones in Riverdale. The show’s fifth season premieres Jan. 20 on The CW. During his interview with Drew Barrymore, 45, he also discussed his breakout role in the 1999 comedy Big Daddy. Cole and Dylan starred as the adorable Julian alongside Adam Sandler, 54, who is Drew’s longtime friend. Cole and Adam reunited at the premiere of Uncut Gems in 2019. “We spent like an hour and a half at the after party of the premiere just kind of geeking out about Big Daddy, and what it was to film that when I was six,” Cole told Drew.