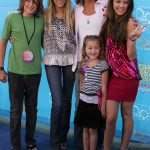 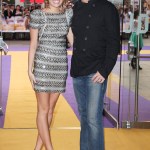 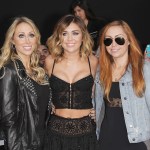 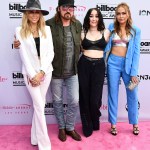 Trace Cyrus has released a break-up track called ‘Brenda,’ and it’s about none other than his ex Brenda Song! Listen to his ‘final goodbye’ to the Disney star here.

Trace Cyrus, surprised fans by dropping a new track on Valentine’s Day that’s all about his ex Brenda Song! “This is not the video I intended to release today. But it seemed meant to be since I just got this video last night,” he told his followers on Instagram. “I wrote this song last year in Nashville after Brenda & I broke up. Her and I have both moved on and I’m extremely happy for her,” he continued. Trace and Brenda were engaged in 2011, but broke up by 2012.

“She inspired me to write countless songs and was such an important part of my life. I will always cherish songs I have like this one to remind me of our crazy 7 years together. When I wrote this song it was my final goodbye as we ended our relationship,” Trace added. “I told myself after I wrote this song it would be my last song about Brenda and I’ve kept my word. Music like this is my therapy. Enjoy.” Listen to the new track above!

HollywoodLife.com recently spoke to Trace’s sister Noah Cyrus, 18, who hinted that new material would be coming from Trace soon. “Trace is signing to labels and getting management, and it’s starting to play out,” she told us. “His music is something people should really look forward to, because he has so much talent, is just an amazing artist, and has some really cool music coming out.” Can’t wait to hear more!

HollywoodLifers, what do you think of Trace’s new song?