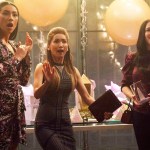 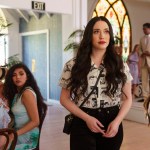 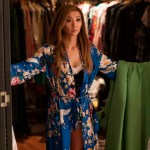 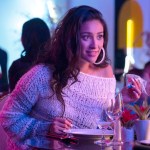 If you’re looking for a show to watch with your BFFs, then ‘Dollface’ is the show for you. HL spoke EXCLUSIVELY with star Brenda Song about her role, exploring female friendships onscreen, and more.

The first season of Dollface drops Nov. 15 on Hulu and stars Kat Dennings, Brenda Song, Shay Mitchell, and Esther Povitsky. The show follows Jules, a young woman recently dumped by her longtime boyfriend who must deal with her own imagination when she literally and metaphorically re-enters the world of women. Along the way, she rekindles the female friendships she left behind when she was in a relationship. Brenda stars as Madison, one of Jules’ friends who helps her get over her breakup. Over the course of the season, we’ll learn more about all the characters, not just Jules.

“You see her let her walls down, but you also see that she herself is hiding some secrets so she’s a bit hypocritical in that,” Brenda told HollywoodLife EXCLUSIVELY about Madison at the show’s PaleyFest event in Los Angeles. “It’s really fun because all these characters have such amazing dynamic, so it’s so much fun to kind of play with that on the show.” Brenda noted that Madison is a good friend for Jules because she’s “always honest with her to a fault. She’s the friend that you may be mad at for a second because they’re being honest, but at the end of the day, I’d rather have an honest friend than not.”

Brenda is no stranger to TV. She rose to fame as London Tipton on the hit Disney Channel series The Suite Life of Zack & Cody. She’s also had notable TV roles on Scandal, New Girl, and Dads. But the role of Madison and Dollface as a whole is something Brenda has been waiting for. “She is a character that I’ve always wanted to play, which is the very dry, straight, almost harsh character,” the actress continued. “I feel like I get to always be the very bubbly, happy, easygoing, and she’s the opposite and it’s just fun for me. The dialogue was just so relatable. Our writers’ room is a very young writers’ room. They’re living this world. This is their life.”

As the show progresses, Madison will begin to form friendships with other female characters, including Izzy. Brenda said that Madison and Izzy are “polar opposites” but they have a “really funny storyline together, and it’s so much fun because you get to play with all these different dynamics by pairing these girls up. It’s actually really great. I think they started writing toward our actual friendship, which is amazing.”