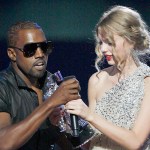 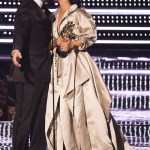 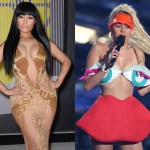 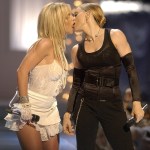 The VMAs are one of the most unpredictable award shows, which means there have been PLENTY of unexpected, wild moments over the years.

The 2020 MTV Video Music Awards will take the show to places its never been before. Considering the ceremony will take place amidst the coronavirus pandemic, performers will be spread out across New York City to bring viewers a show like they’ve never seen. With such an unprecedented set-up, there’s bound to be some crazy moments — but it won’t be the first time!

Over the years, there have been plenty of outrageous moments at the VMAs. Of course, everyone remembers the 2009 debacle between Kanye West and Taylor Swift. Taylor was just 19 years old at the time, and she won her first-ever VMA at the show. While she was onstage accepting the honor for Best Female Video, she was interrupted by Kanye, who stormed the stage and took the microphone right out of her hand!

Kanye proclaimed that Beyonce deserved to win the award because her video for “Single Ladies” was “one of the best videos of all-time.” Although Taylor and Kanye briefly made up — she even presented him with the Video Vanguard Award in 2015 — this incident was the beginning of a years-long feud between them, which has continued to this day.

Of course, another legendary VMA moment was when Madonna, Britney Spears and Christina Aguilera all took the stage at the show in 2003. At the time, these ladies were three of the biggest pop stars in the world, and they all came together to perform. This collaboration was epic enough, but it was made even more memorable by Britney and Madonna’s kiss at the end. Needless to say, Britney grew up right in front of everyone’s eyes this night!

At the 2011, Beyonce hit the stage for an incredible performance of “Love On Top.” She moved around the entire stage while dancing for her set. However, it was the very last second of the performance that had everyone talking. After finishing singing, Beyonce ripped open her sequined jacket and revealed a baby bump! Fans had NO idea that Bey was pregnant, so the revelation was definitely a shock. Just months later, Blue Ivy Carter was born.

During the first few years of Lady Gaga’s career, there was no telling WHAT she would wear on the red carpet. However, absolutely nobody was expecting her to show up to the 2010 Video Music Awards in a dress made out of meat! She received some backlash for the look, but it has definitely gone down as one of the most iconic fashion moments of all-time.

Miley Cyrus completely re-invented herself in 2013, and she proved it with QUITE a performance at the 2013 VMAs. For part of her set, Miley was joined by Robin Thicke onstage, and she had NO shame when she danced up on him in the middle of the performance. At the time, Miley was engaged to Liam Hemsworth, while Robin was married to Paula Patton. Both relationships eventually fizzled out.

These are just some of the most memorable moments from the VMAs over the years, though. Scroll through the gallery above to see even more times that the award show left us with our jaws on the floor!