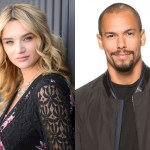 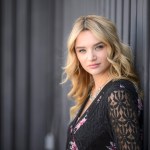 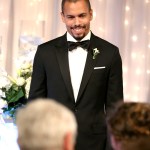 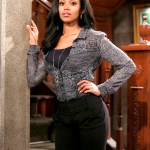 ‘The Young & The Restless’ has been one of the longest running soap operas on TV. Now, we’re taking a look back at stars like Hunter King, Bryton James and more from one of the hottest casts on TV!

Since its debut in 1973, The Young & The Restless has been mystifying its loyal audience with drama, intrigue, and one of the hottest casts on TV. Over the decades, The Young & The Restless has featured some A-list celebrities, who would go on to have flourishing careers. But it’s core ensemble has always remained impeccably talented and consistently enjoyable to watch. Now, we’re looking back at the hottest cast members from the show!

One actor we can’t help but mention first is Jason Thompson. Thompson joined The Young & The Restless in 2016, after playing Dr. Patrick Drake on General Hospital for over a decade. As Billy Abbott, Thompson came into a strongly developed and solidified cast and completely shook things up with his dashing good looks and on-screen charisma. Described as a “spoiled rich boy,” Billy Abbott had a slew of incarnations and went through quite a few “plastic surgery” storylines in order for Thompson to take over the role. But as Billy, Thompson’s same talent he displayed on General Hospital comes through in spades; it’s a major departure from his General Hospital character.

But there are some longtime cast members who have been with The Young & The Restless since the beginning of their career. Bryton James joined the cast when he was merely 18-years-old. As Devon Hamilton, James took fascinating human interest storylines in the series, involving drug addicted parents, the foster care system and more. Although he did have romantic connections, they often weren’t considered top priority compared to more emotional narratives. The writers and James focused instead on highlighting the actor’s talents and dramatic prowess in unique ways. For his work over the years, James has earned seven Daytime Emmy nominations winning one in 2007 for Outstanding Younger Actor in a Drama Series.

Much like James, actress Hunter King also wholly blossomed on The Young & The Restless. King joined the series in 2012, when she was just 19-years-old. One of the more feisty, exciting characters on the show, King rose to critical acclaim for her performance as Summer Newman. In fact, King has earned five Daytime Emmy nominations for Outstanding Younger Actress in a Drama Series and won two Emmys in 2014 and 2015, respectively. But there are so many more actors and actresses to see from this soap opera. To see more of the hottest cast members from The Young & The Restless, click through the gallery above!