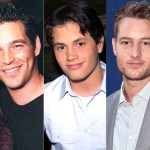 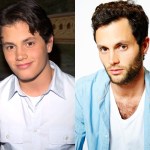 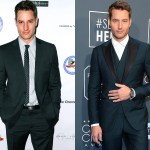 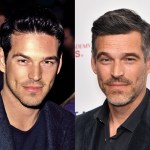 Before they were the hottest stars working today, actors like Penn Badgley, Justin Hartley, and more were making audiences swoon on ‘The Young & The Restless.’

So many of the hunkiest men in Hollywood got their start on soap operas! One such long-running series, where fans may have first met their favorite stars today is The Young & The Restless. Now, we’re taking a look back to see where some of the hottest actors working today got their start and how they have changed over the years!

Eddie Cibrian has been a mainstay on the small and silver screen for decades. But before he starred in films like But I’m A Cheerleader and The Cave, Eddie played Matt Clark on The Young & The Restless. Eddie starred on the series for 11 episodes between 1994 and 1995. It was the launching pad that took his career to brand new heights. After his stint on the soap opera, Eddie landed roles on popular TV series like Sabrina the Teenage Witch, Sunset Beach, and Third Watch. Eddie has remained one of the hottest faces on TV, with Take Two alongside Rachel Bilson, being his most recent project.

Of course, Eddie isn’t the only star whose career took off after his time on the popular soap opera. Justin Hartley might be best known for his emotional work on This Is Us, but before he was an award-contending actor on one of NBC’s most popular shows, Justin balanced the dual roles of Adam Newman and Gabriel Bingham on The Young & The Restless. Justin starred on the show for over 170 episodes between 2014-2016. He even earned a Daytime Emmy nomination for his work. After showing off his dramatic prowess on the soap opera, Justin landed the coveted role of Kevin Pearson on This Is Us. Since joining the NBC drama, Justin has been nominated for two Critics Choice Awards. Along with the series’ ensemble cast, Justin has won two Screen Actors Guild Awards in 2018 and 2019 for Outstanding Performance by an Ensemble in a Drama Series.

Before Penn Badgley was manipulating his way into peoples’ lives on You, he also spent some time on the set of The Young & The Restless. Penn played Phillip Chancellor IV for 10 episodes on the long-running soap opera in 2000, when he was just 14-years-old. As Penn got older, he started earning more mature roles, with his breakout coming in 2006’s John Tucker Must Die. A few short years after the film’s tepid success, Penn acted alongside Oscar-winning actress Emma Stone in the hilarious coming-of-age comedy Easy A. On the small screen, however, Penn was best known for his work as Dan Humphrey on Gossip Girl, a role he played for over 120 episodes from 2007-2012. Now, Penn is the most talked about star of the Netflix series You, one of the streaming platform’s most binge-worthy shows. There are so many more stars who sky-rocketed to fame after their time on The Young & The Restless. To see more famous faces who got their start on the popular soap opera, click through the gallery above!