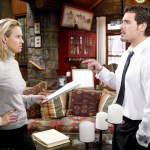 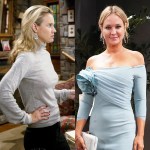 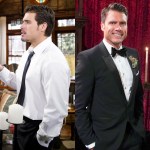 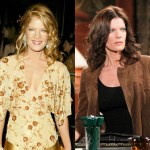 So many cast members on ‘The Young & The Restless’ have been on the show for decades. Now, we’re taking a look back to see the stars then and how they’ve transformed to now!

The Young & The Restless has been one of the hottest soap operas on TV since it’s debut in 1973. For nearly 50 years, audiences have been mesmerized by wild plot twists, beguiling characters, and intertwined stories. With a show running so long, it’s now wonder that so many of its stars have remained with the soap opera for its impressive run. In fact, a slew of now-famous faces have even had major roles on the show! And so many more hot young stars started their career by joining the show set in Geno City, WI. Now, we’re taking a look back to see just how much the cast members of The Young & The Restless have changed over the years!

Actress Kate Linder has been with The Young & The Restless practically since the very beginning. Linder joined the soap opera in 1982 and has played Esther Valentine ever since. Linder was 35 when she joined the show, and has matured so much over the years, with fascinating storylines in the show. As Esther, Linder played a maid who also bore a child from a one-night stand. Like many soap operas, her story intersected with a number of other characters, and one narrative saw her involved in murder! Linder has been a series regular on the show since she became part of the core cast in 1986.

Joshua Morrow has also been with the soap for well over 20 years. Marrow joined the cast in 1995 and has played Nicholas Newman ever since. As Nicholas, Morrow’s character became romantically involved with his high school sweetheart Sharon Collins (played by Sharon Case). As the two grew older, Nicholas and his love life became far more complicated. For his work, Morrow has earned a devoted following and received a lot of acclaim for his performance. Between 1996-2000, Morrow was nominated for a slew of Daytime Emmy awards for Outstanding Younger Actor in a Drama Series!

Naturally, we cannot mention Joshua Morrow without his on-screen love interest Sharon Case! Case has played Sharon Collins since 1995 and she and Morrow have shared a lot of screen time together. The pair first appeared as teenagers who dreamed of eloping. But as they got older and circumstances became more convoluted with their story lines, their lives went in different directions. Eventually, the characters married and had a child together, but through various narratives and twists they’ve broken up and come back together a number of times in the show. For her work, Case earned a Daytime Emmy award for Outstanding Supporting Actress in a Drama Series in 1999! There are so many more legendary cast members to see from The Young & The Restless. Click through the gallery above to see how the stars have transformed over the years!