After every game with the Golden State Warriors, Steph Curry has a whole squad waiting for him at home. Get to know about Steph and Ayesha Curry’s kids – from Riley to Ryan to young Canon Curry!

Stephen Curry may be the new 3-point king, having surpassed Hall of Famer Ray Allen in the record books during the Golden State Warriors’ Dec. 14 victory over the New York Knicks, but off the court? This “king” is all about taking care of his “queen” — Ayesha Curry – and their royal family: Riley Curry, Ryan Curry, and Canon Curry. Steph and Ayesha have welcomed three beautiful babies into the world and have raised them to be some of the most beloved kids in the NBA. From Riley taking over Steph’s postgame press conferences to Canon posing with the NBA Championship Trophy, the Curry kids have taken over – and fans love it. As Step and the Dubs try to win another title, get to know about the trio of tots that will be cheering Steph along the way.

Riley Elizabeth Curry was born on July 19, 2012, and from there, it was clear she was destined to be a star. Steph and Ayesha’s firstborn grabbed the spotlight in 2015. After the Warriors defeated the Houston Rockets in Game 1 of the Western Conference Finals, Steph took the podium for the postgame press conference – and his then-two-year-old daughter soon joined him. “You’re too loud, daddy,” she said while interrupting him. “Be quiet.” Riley ran amok the way that two-year-olds do. She returned a week or so later and went viral for singing a line from Big Sean’s “Blessings.”

Since then, Riley has grown into an adorable young woman. She has also taken to the big sister role. When Steph and Ayesha renewed their wedding vows in September 2021, Riley officiated the ceremony. Her baby sister and brother escorted their mom through the backyard to the wedding chapel – aka, the arch of flowers set up on the grassy field. In November 2021, Ayesha shared a picture of Riley playing with her siblings, and Ayesha remarked how “They won’t stop growiiiiiiiing.” 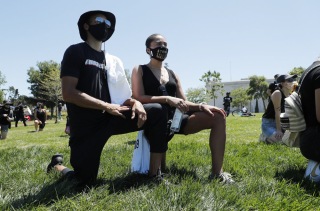 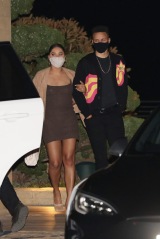 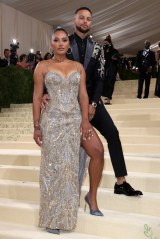 Riley is a constant presence on her mother’s Instagram, and she has seemingly mellowed out from her press conference debut. Speaking of which, Steph told The Undefeated in 2019 that if he could, he wouldn’t have allowed his young daughter to rush headfirst into the spotlight like that. “One thing I do technically regret in terms of how fast this all came is when I brought Riley on the podium,” he said. “I’ve always wanted to … share what I get to do, and all the experiences I have, with my family. I didn’t know how much that would blow up and how much of a splash she [would make] on the scene.”

If I could take that one back, I probably would, just because my goal is just to … give my kids the best chance at success and at seeing the world in the proper way,” he added. “Trying to give our kids the best chance to be successful and have a normal life in terms of treating people the right way, having respect, not getting too big-headed, and feeling like everything’s about them.”

Ryan Carson Curry arrived on July 10, 2015. “Stephen, Riley, and I are enjoying this gorgeous gift from God and basking in the present!” Ayesha announced on her personal blog. “We are now officially a family of 4! Riley is completely enamored with her little sister and has taken on her role as big sister beautifully. I am already so proud of her!” Steph also celebrated by posting a photo of newborn Ryan on his Instagram.

Ayesha reflected on the differences in raising her second child compared to when she was a first-time parent. I think I’ve learned that I’m able to manage more than I thought I could,” she said in an August 2015 interview via Pop Sugar. “I was really scared before having Ryan about how I was going to manage everything, but it’s kind of just happened, and it’s going OK.”

Ryan has bonded with her big sister, and Ayesha often shares cute moments of them together on her Instagram. For instance, when Beyoncé sent Ayesha a present from the 2020 Ivy Park Collection, both Ryan and Riley freaked out over the new clothes. “Mommy, I love it!” said Ryan.

Canon W. Jack Curry, Steph and Ayesha’s son, was born on July 2, 2018. “On this journey, on this quest… protect me… I’m bless! Canon W. Jack Curry,” Steph announced on Instagram. The duo waited until the Fourth of July to break the news, allowing them a few days to enjoy their baby boy to themselves. Since arriving on the scene, Canon has captured the hearts of fans whenever he makes an appearance on his mother or father’s social media.

Canon is his father’s son – the two often look like twins – and Steph said that his boy has already shown interest in basketball. “My oldest, I asked her if she wanted to play basketball, and it was a firm no,” Riley said to NBC Sports in April 2021. “I asked her why and she said she doesn’t want to get hurt because she’s seen me have so many injuries and coming home with the hand-cast and the butt pad and sprained ankles and all that. So I said, ‘I’m sorry I scared you away from the game on that front.’ ”

“But, you’ll see either my [Ryan] or [Canon] definitely playing at some point,” he added. “They’re definitely interested, and they’re obsessed with the game, so we’ll see how it goes.”