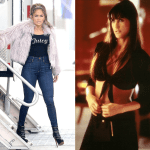 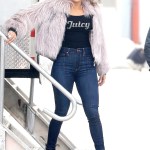 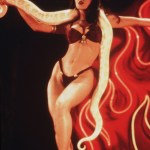 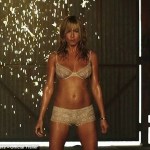 Jennifer Lopez, Elizabeth Berkley and more stunning celebs have played the challenging role of a stripper in many memorable films over the years, and we’re taking a look back at some of our favorites right here.

Jennifer Lopez‘s new eye-catching pics from her role as a stripper in the upcoming film, Hustlers, has many people anticipating the mysterious flick, and it’s also a reminder of all the epic stripper roles celebs have played before her. From Elizabeth Berkley in 1995’s Showgirls to Natalie Portman in 2004’s Closer, there’s been many showstopping performances based on the ladies who take their clothes off for a living, and we’re taking a look at some of the best.

Jennifer’s role as “Ramona” in Hustlers is yet to be seen, but the photos give us an indication of what she’ll look like. From a flattering lavender fur coat to a sexy bikini that flaunts her massively toned abs, J.Lo is sure to look amazing in the movie. Elizabeth was one of the original actresses to make a lasting impression in her role as a stripper in Showgirls. She proved she had a fit and stunning body in the role, which was quite the contrast to her most famous role of “Jessie Spano” on the teen comedy, Saved by the Bell. Natalie also shocked audiences for her different role in Closer. She played a stripper with incredible dance moves on the famous stripper pole.

Salma Hayek is another talented actress that played the role of a stripper in the 1996 film, From Dusk Till Dawn. She even danced with a snake around her neck! Jennifer Aniston played a stripper who strutted her stuff in lingerie in 2013’s We’re the Millers, and Demi Moore‘s portrayal of a stripper in 1996’s Striptease, was all any movie lover could talk about back then. Jessica Alba showed off blonde hair in her stripper role in 2015’s Sin City, and Lindsay Lohan was a sight to see as a stripper in 2007’s I Know Who Killed Me.

Other actresses who played epic stripper roles include Rose McGowan in 2007’s Planet Terror, Jamie Lee Curtis in 1994’s True Lies, Daryl Hannah in 2000’s Dancing at the Blue Iguana, and Kristen Stewart in 2010’s Welcome to the Rileys.