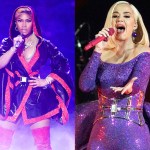 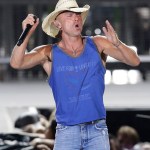 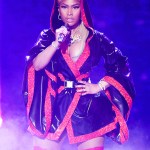 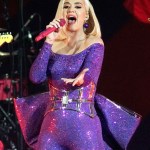 The 63rd Grammy Awards are set to take place on Sunday, Mar . 14! We’re looking back at some of the artists the Recording Academy has overlooked through the years.

The Recording Academy is set to usher in a slew of new and familiar faces to the coveted moniker of “Grammy Award winning artist!” on Sunday, Mar. 14. With no in-person audience at the show due to COVID-19, the 63rd annual Grammy Awards will be looking a little different. While some of of our favorite artists have earned major wins over the years, it may shock you to learn who’s been overlooked. We’re taking note of some major artists who have yet to receive the honor. Some of these industry professionals may shock fans, as they have accumulated dozens of nominations over the years — but winning the trophy has eluded them time and again.

One shocking name added to the list of Grammy-less artists in “Firework” performer Katy Perry. Katy made a splash on the music scene when she came out with the song “I Kissed A Girl.” The track actually earned the artist her first Grammy nomination for Best Female Pop Vocal Performance. Despite not winning the honor, Katy went on to accumulate 12 more nominations — 13 is her current career total. Her last two nods came in 2014 for Best Pop/Duo Performance for “Dark Horse” and Best Pop Vocal Album for Prism. With her track record, it’s only a matter of time before Katy finally gets the gold!

One such Country crooner who hasn’t achieved Grammy glory is Kenny Chesney. The “There Goes My Life” singer has been nominated for six Grammy Awards since 2004! His first nod came for a collaborative effort with Jimmie Buffett, Alan Jackson, George Strait, Toby Keith, and Clint Black on the tune “Hey Good Lookin’.” Although the group lost, Kenny did go on to earn a number of further collaborations and duo performances in the Country genre categories. His last nod was for Best Country Album in 2017 for Cosmic Hallelujah. With such a pedigree, Kenny is well on his way to a well earned Grammy.

From Country and Pop to Rap and Hip-Hop, Nicki Minaj‘s talents have yet to be recognized by the Recording Academy beyond a  nomination. And Nicki has accrued 10 since her first nod in 2010. Just one year later, Nicki earned some of the biggest nominations, including New Artist, Album of the Year for Loud, Best Rap Performance for “Moment 4 Life,” and Best Rap Album for Pink Friday. Since then, Nicki has earned a slew of nods but a first win has evaded her. As her career continues to take shape, Nicki is bound for a Grammy win in the future.

Jennifer Lopez, 51, has been a pop music staple since she burst onto the scene with “If You Had My Love” and “Waiting For Tonight” back in 1999 (both of which hit #1 on the Billboard Hot 100 chart). She dominated airwaves into the 2000s with smash hits like “Love Don’t Cost A Thing,” “Play,” and “I’m Real” — but the Bronx native hasn’t earned a Grammy over her 22 year musical career. She has, however, been nominated: the Ric Wake and Richie Jones‎ “Waiting For Tonight” got a nod in dance recording, along with her On The 6 tune “Let’s Get Loud.”

Despite not having a win, Jennifer does have the honor of wearing the most iconic dress in Grammy red carpet history: back in 2000, Diddy‘s then-girlfriend dazzled in a plunging jungle print dress by Versace! The unforgettable moment is often referred to in popular culture and by Jennifer herself, who has worn several incarnations of the ensemble over the years.

Miley Cyrus, 28, has been an unstoppable force in the music industry since her Disney days! Shortly after starting on Hannah Montana, she released the single “See You Again” back in 2007. She followed that up with her first non-Hannah associated records Breakout and Can’t Be Tamed. The latter included singles “Party In The U.S.A.” and the controversial title track, both of which are classics to this day! By the time she released Bangerz in 2013, Miley ditched her good-girl Disney look for one that was authentically her. Bangerz, which spawned the tune “We Can’t Stop,” was nominated for Best Pop Vocal Album at the 57th GRAMMY Awards in 2015.

There are far more artists where these came from! To see more famous names who have been omitted from Grammy glory click through the gallery above!