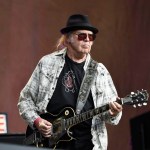 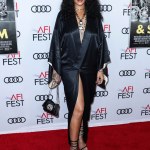 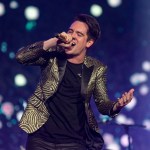 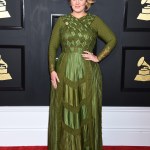 Several stars from all kinds of music have flipped out over Donald Trump using their music at a variety of his events.

Hold on there just a minute. Donald Trump, 74, is notorious for angering artists whenever he plays their songs at his gatherings without their alleged permission. Someone taking it to a legal level now is rock icon Neil Young, 74, who has sued Trump’s reelection campaign for copyright infringement over using two of his tracks (“Rockin’ in the Free World” and “Devil’s Sidewalk”) at several of his rallies. The Grammy winner has been quite vocal about these problems in the past including when “Rockin” and “Like A Hurricane” blasted through the speakers when the President arrived at Mt. Rushmore in early July 2020.

The Rolling Stones are also furious with Trump. They echoed Neil’s sentiments in June 2020 by threatening legal action against his team after their classic 1968 hit “You Can’t Always Get What You Want” continuously played whenever he walked-off the stage at a campaign rally (including one that same month in Tulsa, Oklahoma). This is nothing new for them as they previously asked him to stop doing this kind of thing when he was first running for President in 2016.

The list goes on and on. Rihanna went the legal route herself for the unauthorized use of her hit “Don’t Stop The Music” at his rally in Chattanooga, Tennessee in November 2018. “Not for much longer…me nor my people would ever be at or around one of those tragic rallies, so thanks for the heads up philip!”, she tweeted after finding out what he and his team had done.

Cease and desist letters seem to be a common thing when it come to this topic. Tom Petty‘s family sent his campaign one after he used the late rocker’s song “I Won’t Back Down” at his political rallies in 2020.

There have been many more artists who have been enraged over this issue ever since Trump came into office, some of which include Adele and Brendon Urie of Panic! At The Disco. Be sure to click on the gallery above for a run down of the others.