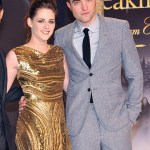 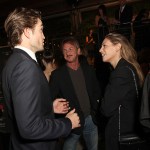 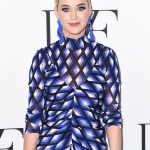 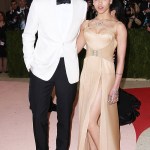 Take a walk down memory lane and look back at Robert Pattinson’s romantic relationships. From Katy Perry and Dylan Penn rumors to Kristen Stewart and more!

Robert Pattinson has risen in Hollywood as one of the most respected actors of his generation. The star, 34, has completely shed his Twilight persona to pursue independent projects like Good Time, The Lighthouse, High Life, and so many more. Now, as the new Batman, his longtime fans have renewed interest in his love life. Take a look back at Rob’s romantic history below!

As any diehard Twilight fan (or really, anyone) would know, Rob dated his co-star Kristen Stewart for roughly four years over the course of filming. They first got together in 2009 after the first film in the franchise premiered, but their relationship hit a snag in July 2012. At the time, paparazzi photos surfaced online Kristen’s Snow White and the Huntsman director, Rupert Sanders, kissing the actress, effectively rocking Kristen and Rob’s relationship.

The couple managed to stick it out for a bit longer before officially ending things in 2013. They do, however, still have a lot of respect for one another, and Kristen previously gushed about Rob’s starring role in The Batman. “I am so happy for him, it is crazy… I’m very, very happy about that. I heard [the news] and was like, ‘Oh man!’ Yeah, it’s awesome,” she shared in September 2019.

After officially ending his romance with Kristen, Rob was in a rumored relationship with Dylan Penn. Rob and Dylan, who is the the daughter of Sean Penn and Robin Wright, were spotted at similar events from time to time in 2013. Their rumored courtship was heavily scrutinized, but Dylan eventually took matters into her own hands and set the record straight. “We’re just friends,” Dylan told Vanity Fair, according to E!. “They photographed us in a place where there were other people and cropped the picture. Silly. I laughed about it.”

Believe it or not, there was a time in the mid-2010s when Rob was rumored to be dating long-time friend Katy Perry. The pair have been pals for roughly a decade, and during their high-profile splits from former partners Russell Brand and Kristen Stewart, rumors swirled that the two were romantically involved. Time and again, however, the rumors were unfounded and the pair have maintained their friendship.

By September 2014, Rob moved on with his new love — recording artist FKA twigs. The two were immediately enthralled with one another and they became engaged in early 2015 after a few short months of dating. Rob and FKA Twigs, born Tahliah Debrett Barnett, stayed together for more than two years and attended a number of events and red carpet premieres together before calling off their engagement in summer 2017.

Rob met his current girlfriend, Suki Waterhouse, after his romance with FKA Twigs ended. The two were revealed to be dating in July 2018, after they were spotted engaging in some PDA during a late-night stroll. Since that time, the couple has been fairly reticent to reveal any details about their relationship. Although, there are still signs that the two are going strong. Following his recovery from COVID-19, Rob and Suki were spotted sharing a loving embrace in September 2020.

If fans are looking for more details about Rob’s love life, they’re seemingly out of luck. He keeps his relationships quite private and previously opened up about why he does so. “If you let people in, it devalues what love is,” he shared in an April 2019 interview.

“If a stranger on the street asked you about your relationship, you’d think it extremely rude. If you put up a wall it ends up better. I can’t understand how someone can walk down the street holding hands, and it’s the same as when I do it and a hundred people are taking your photo. The line between when you’re performing and when you’re not will eventually get washed away and you’ll go completely mad.”