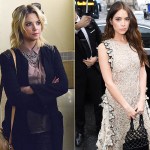 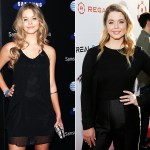 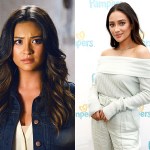 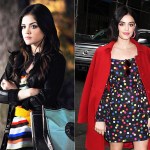 It’s officially been 11 years since ‘Pretty Little Liars’ premiered in 2010. After over a decade, the original Liars still have a special place in our hearts. Take a look back at the original show’s incredible stars then and now.

What was life even like before Pretty Little Liars? The series premiered on June 8, 2010, and the TV gAme was changed forever. Audiences were introduced to four young women — Spencer (Troian Bellisario), Hanna (Ashley Benson), Aria (Lucy Hale), and Emily (Shay Mitchell) — whose friendship was unbreakable. As they battled A (after A), the bonds between these Pretty Little Liars characters and the fans became indestructible. Pretty Little Liars aired for 7 seasons on Freeform and came to an end in 2017.

If you’ve been missing PLL, don’t worry. The universe is expanding. HBO Max has given a direct-to-series order to the reboot Pretty Little Liars: Original Sin. The reboot is set in Millwood. Twenty years ago,  a series of tragic events almost ripped the blue-collar town apart. Now, in the present day, a group of disparate teen girls — a brand-new set of Little Liars — find themselves tormented by an unknown Assailant and made to pay for the secret sin their parents committed two decades ago… and their own.

Shay, who played our beloved Emily, has gone through quite a transformation. After PLL‘s series finale, Shay appeared in the series You as Peach Salinger, prior to the series’ move to Netflix. She also starred in the Hulu series Dollface. Her career, however, has taken a bit of turn, as she has put her focus on her 2011-launched YouTube channel covering all things lifestyle. In her personal life, Mitchell has been in a long-term relationship with her partner, Matte Babel. In October 2019, the couple welcomed their daughter, Atlas Noa.

Ashley’s star has completely risen since her time on the Freeform series. In fact, during her time on the show, Ashley earned roles in films and projects that she is widely known for today — ones that have been especially lauded by critics and fans alike. Two years after her debut on PLL, the actress starred alongside Selena Gomez, Vanessa Hudgens, and James Franco in Harmony Korine‘s divisive, neon-clad film Spring Breakers. One year after PLL wrapped, Benson went on to star in Alex Ross Perry‘s 2018 feature Her Smell alongside Elisabeth Moss and Ashley’s former girlfriend Cara Delevingne. The two dated for roughly two years starting in May 2018. She began dating G-Eazy, but they broke up in February 2021 after 9 months of dating.

Lucy has been incredibly busy since moving on from PLL. Since 2017, she has starred in 2018’s The Unicorn, Truth or Dare, Fantasy Island, and played the titular role on The CW series Katy Keene. Lucy has also continued her singing career, appearing on a few songs for the Katy Keene series! She is set to star in the upcoming AMC series Ragdoll and will play the leading role in the movie adaptation of The Hating Game, which is based on the bestselling novel.

Troian has also undergone a major transformation, with many changes occurring in her personal life. After years of dating, Troian married her longtime partner, Patrick J. Adams, in December 2016. The couple previously worked together on a number of projects, including Suits, Pretty Little Liars, and Equivocation. Troian and Patrick welcomed their daughter, Aurora, in October 2018, but didn’t reveal the infant’s name until one year after she was born. Beyond PLL, Bellisario has starred in films like Feed alongside Tom Felton in 2017, Where’d You Go, Bernadette in 2019, and appeared in an episode of ABC’s Stumptown in 2020. Troian and Patrick welcomed their second daughter, Elliot, in May 2021.