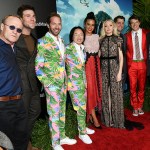 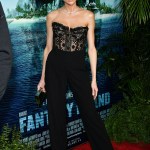 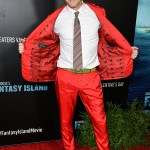 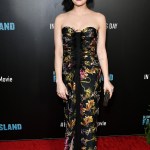 Lucy Hale dished on her latest film — which was shot on location in gorgeous Fiji — and shared what made ‘Fantasy Island’ so much fun to work on!

Lucy Hale, 30, is far away from Rosewood —  but couldn’t be more excited for fans to escape to Fantasy Island! “I love the idea of this island where anything and everything could come true,” she gushed to HollywoodLife EXCLUSIVELY at the films’ premiere.  “And that people sort of win a golden ticket and go there for a couple days and then return home to their regular lives — or, so they think. But when they get there, things go very, very wrong,” she teased. Lucy stars in the movie as Melanie, alongside Maggie Q, Portia Doubleday, and Michael Peña.

The horror film is a re-make of the popular ABC series Fantasy Island which aired between 1977 to 1984, and was previously re-booted by the network in 1998. “I’m such a fan of remakes and re-boots in general but to re-do something and make it a totally different genre — flip it on it’s head and make it really messed up, that just seemed really appealing to me,” Lucy shared. Unlike the original two incarnations, the Blumhouse take features plenty of physical action — including some pretty epic stunts by Lucy herself! “It was a very physically demanding movie, we were in shape at the end of it,” she continued, adding that she couldn’t take credit for all the stunts. “I would have, but they wouldn’t let me! It’s a liability. But it was great — we were constantly running around, it made the energy of the movie very real. The military stunt scenes were all the real actors.”

One perk of the movie was filming on location in beautiful Fiji, and the Fantasy Island trailer is filled with the islands’ turquoise blue water and stunning palm trees. “[It was] gorgeous! I mean this is a bucket list destination for me anyway,” Lucy — who is an avid traveller — shared. “We didn’t film every day. So on the off days we got to snorkel, hike up to waterfalls — [Fiji is] beautiful.” As for her own fantasy, Lucy dished that she would secretly love to take a year off and travel the world — um, us too!

“This movie is a rollercoaster, it’s so fun — get some popcorn, get a Coke and just enjoy it,” Lucy — who is also starring in the new series Katy Keene — added. “I think that you’ll be invested in the characters and just be ready for a couple of twists!”