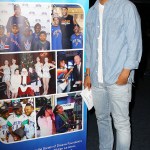 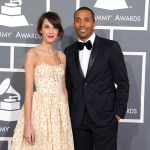 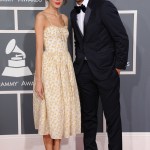 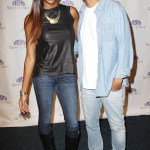 Shay Mitchell stunned fans on June 28 when she revealed that she’s six months pregnant. The proud dad-to-be is her boyfriend Matte Babel, a hunky Canadian journalist.

Shay Mitchell, 32, revealed the jaw-dropping news on June 28 that she is six months pregnant with her first child. The former Pretty Little Liars star shared the info with the world in a dramatic fashion – a beautiful YouTube video and photo shoot showing how she managed to hide her huge baby bump from view. In a few of the scenes, looking equally giddy with excitement, was her boyfriend Matte Babel, 39. But who is the handsome Canadian who Shay will be raising a child with?

1. Matte was born in Toronto and went to Wilfrid Laurier University where he graduated with a Double Honours in Sociology and Communications, according to his IMDb page. The Canadian is also very sporty and managed to play varsity basketball and football during his college years.

2. He knows Drake and shared an Instagram photo in December 2015 of the two of them hanging out. He praised the rapper in a 2014 interview with TDot TV, saying that the “In My Feelings” would definitely be in his top five of most fascinating people to interview. “Drake’s super interesting to me,” Matte said. “I mean just to be the phenom he is and be where he is in his life and be as young as he is and not have really changed at all. To me, it’s so fascinating… being around that guy. He hasn’t changed at all. He’s pretty much the exact same person with more expensive problems now.”

3. Matte is a jack of all trades. In addition to working as the Los Angeles correspondent on Entertainment Tonight Canada, he has acted in two episodes of Degrassi: The Next Generation. He has also worked as a VJ on Canada’s MuchMusic channel.

4. He was first linked to Shay romantically in January 2017. The following July rumors swirled that the two were getting engaged. “Shay and Matte are getting quite serious,” a source told Life & Style.

5. Matte and Shay flirted outrageously when he interviewed her on the set of her film, The Possession of Hannah Grace for ET Canada. During their chat, which was uploaded in October 2018, he asked the actress, “When’s the last time you’ve been on a date? Are you dating right now?” Shay played coy and said that she’s “having so much fun” with her friends, but Matte pressed on, asking, “So you’re single? Is that what you’re saying? Are you single right now?” “I am. Do you want to take me out on a date?” Shay responded. Fast forward to June 2019 and now they’re set to become parents!