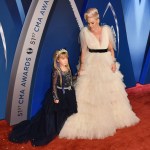 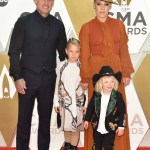 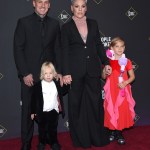 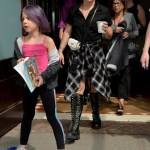 Pink and extreme athlete Carey Hart have had a wild romance since first getting together in 2001. Here’s everything you need to know about Carey.

Pink’s passion for the stage is only rivaled by the 42-year-old star’s burning love for her husband Carey Hart, 46. The couple met in Aug. 2001 and proved they could weather their way through hard times and breakups, parting ways in 2003 before marrying in 2006. After enduring a separation through 2008, they reunited and went on to raise daughter Willow Sage, 10, and son Jameson Moon, 4, together.

In addition to being the inspiration for Pink — birth name Alecia Beth Moore — and some of her best chart-toppers through their 15 years of marriage, Carey is an icon of extreme sports with a trophy collection that rivals his wife’s. Find out more about Carey and his relationship with Pink below!

1. He’s A Motocross Legend Who’s No Stranger To The Spotlight

Born and raised in Las Vegas, Nevada, Carey was given his first motorbike at just four years old. Carey was just 18 when he started on the professional supercross racing circuit and quickly became known for his wild tricks. He was the first motorcyclist to perform a backflip in competition on his style of bike. Carey also competed in BMX freestyle and currently races off-road trucks. Through his extreme sports career, Carey won 4 X-Games medals. 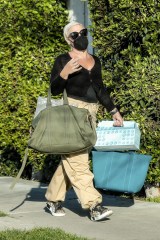 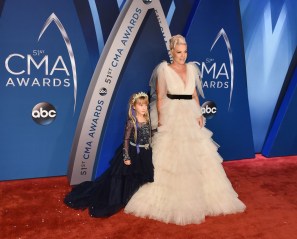 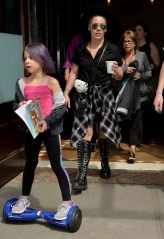 Carey and his crew at his shop Hart & Huntington Tattoo & Clothing Company were the subjects of A&E’s Inked, which premiered in 2005. He was also a cast member on the fifth season of the VH1 reality show The Surreal Life that same year.

Additionally, he’s hosted X-Games coverage and MTV2’s Burn Out and appeared in Pink’s music videos “Just Like A Pill”, “So What”, “Raise Your Glass” and “All I Know So Far.” As for the big screen, Carey was the subject of the 2003 biographical documentary Goodtimes With Carey Hart.

The couple met at the 2001 Summer X-Games, where Carey was a top competitor. Pink said she was initially taken by his “bad boy charm”. They quickly fell for one another but in 2003 they took a break from their tumultuous relationship.

Pink and Carey reunited in 2005 when Pink was the one to pop the question by holding up a sign that read “Will you marry me?” during one of Carey’s races. “He was never going to ask me because I said no so many times,” she told USA Today in 2012.

The couple was wed during a relaxed beach ceremony at the Four Seasons in Costa Rica on Jan. 7 2006. The bride wore an edgy Monique Lhuillier design that featured a black bow cascading down the back as she said “I Do” in front of 140 guests, who included Pink’s father and friend Lisa Marie Presley.

“We just love the beach, so we knew we wanted it to be at the beach,” Pink told People in 2006. “We wanted it very fun and nontraditional. We’re spiritual, but we’re not religious. It was about being with our closest friends and family and having a very fun and loose party.”

The pair separated in Feb. 2008. Pink announced the breakup news on her website, writing, “The most important thing for you all to know is that Carey and I love each other so so much. This breakup is not about cheating, anger, or fighting. I know it sounds like cliché bullsh*t, but we are best friends, and we will continue to be.” They reunited 11 months later and in June 2011 the couple welcomed daughter Willow. Son Jameson joined the family in Dec. 2016.

Talking about their rough patch with Redbook in 2013, Pink said they were simply spending too much time apart. “We were working all the time,” she said. “There was so much time between our visits. Carey would see me for five days and be gone for six weeks. We’d try to fix everything in those five days–you just can’t do that. And it builds and builds and you don’t even know what to say or fight about anymore, and there’s no middle ground, and it’s like, f— it, we’re not getting anywhere.”

Pink credited couples counseling for keeping the relationship together, in June 2020 telling Us Weekly, “It’s the only reason that we’re still together because, you know, I think partners after a long time, we just speak — I can’t say it’s a man and woman thing, I think it’s a partner thing, a spouse thing — that you just speak two different languages.”

5. Carey’s A Super Dad to His Kids With Pink

Despite his tough image, Carey loves being a dad. He talked about showing off his softer side in Pink’s 2021 tour documentary, All I Know So Far telling Ellen DeGeneres, “I’m kinda glad I got to show a little bit of my vulnerable side like being a father. As opposed to—you know—I’m perceived as this wild, crazy, motorcycle, tattooed scumbag so it’s kinda nice for people to see my softer side.”