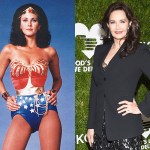 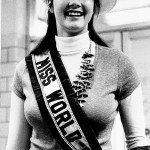 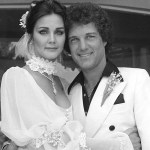 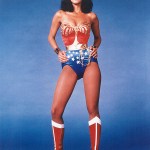 She’s the OG Wonder Woman, and for the past 40 years, Lynda Carter’s continued to slay. Though she parked her invisible plane in 1979, she’ll always be Diana Prince. See pics of Lynda then and now!

Forty-two years before Gal Gadot picked up her golden lasso, another woman strapped on the red and blue costume to play Amazonian royalty Diana Prince. Lynda Carter, now 69, became an overnight sensation when she starred as Wonder Woman in the 1975 television show of the same name. From her star-spangled shorts, to her golden tiara and no-nonsense attitude, Lynda launched the DC Comics character into pop culture stardom. Celebrate the release of Wonder Woman 1984 by taking a look back at Lynda’s transformation through the years:

Born Lynda Jean Cordova Carter in Phoenix, Arizona, the actress was destined for stardom. But her sights weren’t on acting, at first. Lynda’s passion was music! As a high schooler, she performed in a band with her cousins called The Relatives. They became big enough to play a residency at the Sahara Hotel and Casino lounge in Las Vegas for three months! Lynda, then just 16, had to enter through the kitchen since she was still a minor. In the early seventies, she left music behind and joined the pageant circuit.

Is it any surprise that someone that gorgeous would win Miss World USA 1972, her second-ever pageant. Lynda placed in the top 15 for International Miss World 1972. After getting tired of the pageant life, she was determined to make it as an actress. And she certainly found her calling! She made her acting debut on an episode of the 1974 police drama Nakia, gong on to small appearances on shows like Starsky and Hutch and Cos. One year later, Wonder Woman premiered — and the rest was history.

Lynda reflected on her time as Diana when Patty Jenkins‘ Wonder Woman premiered in 2017. She told CBS that she got the role because she looked the role, which proved to be both a blessing and a curse. A producer said “oh, women are going to be so jealous of you. Well, I said, ‘Not a chance. They won’t be, because I am not playing her that way. I want women to want to be me, or be my best friend! There is something about the character where in your creative mind for that time in your life where you pretended to be her, or whatever the situation was, that it felt like you could fly.”

Post Wonder Woman, Lynda still closely identifies with the character. On November 7, she even paid homage to Kamala Harris, elected the first female vice president in United States history, with a nod to her show. It happened to be a very special day for her. “”On this day 45 years ago, I appeared on television as Wonder Woman for the very first time. I am honored to be a part of this legacy and everything that it represents, and so thrilled to celebrate the power of women on such an auspicious day!” she tweeted.

Wonder Woman 1984 premieres December 25 on HBO Max. To see photos of Lynda through the years, scroll through our gallery above!