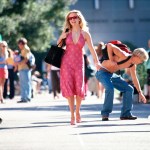 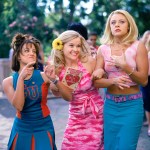 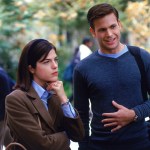 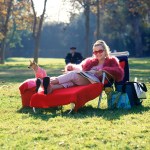 We don’t object to this! ‘Legally Blonde 3’ is in the works with Reese Witherspoon set to return. Here’s everything we know so far about the cast, plot, and more.

Time to do the bend and snap because Elle Woods will be back! Legally Blonde 3 is officially happening. This will be the latest sequel to the hit 2001 comedy Legally Blonde, which made over $141 million at the box office.

Legally Blonde made Reese Witherspoon, now 45, a bonafide superstar. The legendary Elle Woods initially goes to Harvard Law School to get her boyfriend back, but she ends up finding herself and a passion for law in the process. Elle inspired a generation of women to take charge of their own lives and not let anyone tear them down.

Legally Blonde 3 was officially announced in 2018. Elle Woods stans have been waiting with bated breath ever since. From the release date to the latest update from Reese, HollywoodLife has all the details about Legally Blonde 3.

It wouldn’t be a Legally Blonde movie without Reese! Reese Witherspoon will reprise the role she made famous in the 2001 movie. By the time the third movie is released, it will have been almost 20 years since the Oscar winner last played the iconic character.

When the movie was confirmed, Reese had to celebrate the news herself. She posted an Instagram video of herself lounging on a pool float wearing Elle’s sequined hot pink bikini. “It’s true… #LegallyBlonde3,” she captioned the post. This is a reference to the video she sent to Harvard. She also re-wore the bikini in honor of the 20th anniversary in 2021.

As for other returning cast members from the original movies, the only one that is officially confirmed is Jennifer Coolidge, who will reprise her role as Paulette. Reese revealed Jennifer would return for Legally Blonde 3 in a 2019 interview.

Elle and Emmett got married in Legally Blonde 2, so it wouldn’t be a surprise if Luke Wilson popped up in the third movie. Luke gave an update in May 2020 about his possible role in Legally Blonde 3. “I have not talked to Reese about it, but yeah I always kind of hear rumors here and there,” Luke told Entertainment Tonight. “Never anything official about them doing another Legally Blonde, but I’d love to do another one. I mean, just that character Reese played was so funny at the time and that has kind of become this iconic character now.”

Unfortunately, the dog that played Elle’s beloved chihuahua Bruiser Woods passed away in 2016. “With a sad heart, I have to let all the #LegallyBlonde fans know that Bruiser Woods… passed away Yesterday. He was a sweet little Chihauahua who was very loved. I will never forget all the days we spent together … I’m sure his tail is wagging in the sky,” Reese revealed on Facebook.

Mindy Kaling and Dan Goor are set to write Legally Blonde 3. Mindy and Reese previously worked together on A Wrinkle in Time. Original producers Marc Platt and Adam Siegel are both working on Legally Blonde 3 as well. In addition to starring in the film, Reese will be producing the third movie through her production company Hello Sunshine.

What Is ‘Legally Blonde 3’ About?

The plot for Legally Blonde 3 has been kept top-secret. However, Mindy and Reese have given fans some tidbits about what to expect.

“Elle Woods is such an iconic character and so loved,” Mindy told Elle.com in November 2020. “Ordinarily, I think I would actually not find that really fun to do because the expectations are set. But because we haven’t seen the character in 18 years, I was excited. We know what Elle was like when she was 21, 22 years old. But what about when she’s 42? That character, so innocent and girly, what is she like when she’s dealing with adult problems and is an adult woman? She’s not a little girl anymore.”

Rest assured, you’ll be seeing the bend and snap again after 20 years. “Bend and snap is forever,” Mindy told Access in January 2021. “We definitely have a lot of fan favorites from the original movie.”

While promoting season 2 of The Morning Show, Reese revealed in September 2021 that there was still no script for Legally Blonde 3 yet. “Mindy [Kaling]’s busy. Mindy’s working hard on it,” Reese told Entertainment Tonight. “I know she is. And she and I just love each other. We have a great laugh just thinking about, ‘What would Elle Woods be doing right now?'” When asked how Elle may have changed in the last 20 years, Reese responded, “So many things have changed, but then some things are just so similar.”

Legally Blonde featured a number of iconic moments, especially in the second act of the film. Elle scores big at the major trial, freeing Brooke and exposing Chutney for killing her father. Elle used her haircare expertise to get Chutney’s confession. After getting her Juris Doctor degree at Harvard Law School and kicking Warner to the curb, Elle headed to Washington D.C. in Legally Blonde 2: Red, White & Blonde.

The sequel was released in 2003 and also starred Sally Field, Bob Newhart, and Regina King. Elle sought to outlaw animal testing after discovering that the mother of her beloved pup Bruiser is being used by a cosmetics company to test products. Elle went to work for a congresswoman, who was ultimately working against her. With determination and ambition, Elle was able to bring Bruiser’s Bill to the floor of the House. After Elle and Emmett got married, the end of the sequel alluded to Elle possibly making it to the White House one day.

Legally Blonde 2: Red, White & Blonde made over $124 million at the box office. A direct-to-DVD spinoff, Legally Blondes, was released in 2009. Reese did not reprise the role of Elle, but she did co-produce the film. Legally Blonde: The Musical premiered on Broadway in 2007.

Given that Legally Blonde 3 has yet to start filming as of October 2021, that release date could be pushed back to later in 2022. To coincide with the Legally Blonde reunion, MGM Studios posted via Twitter: “Elle Woods is back! Legally Blonde 3 coming May 2022. We rest our case.”

When Legally Blonde 3 was announced in 2018, the original writers of Legally Blonde, Kirsten “Kiwi” Smith and Karen McCullah, were set to write the movie. Two years later, Mindy Kaling and Dan Goor took over to put an “entirely new fresh spin” on the movie with a new script, Deadline reported.