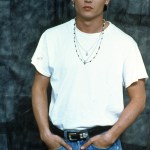 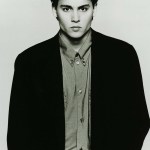 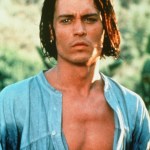 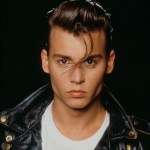 Take a look back at Johnny Depp’s incredible transformation over the years from ’21 Jump Street’ to ‘Pirates of the Caribbean’ to ‘Fantastic Beasts’ and beyond.

During his decades-long career, Johnny Depp, 57, has gone through quite a considerable change. Over the years, the actor morphed from a teen heartthrob, to leading man, and now seemingly keeping a low profile following allegations of abuse between him and his former wife, Amber Heard. Prior to his divisive star power, Johnny was a real teen star.

Johnny initially became widely known to fans during his stint on the series 21 Jump Street from 1987-1990. His big break came the same year the series ended, when he earned the titular role in the Tim Burton film Edward Scissorhands. The creative pair would go on to work with one another for years, collaborating on movies like Ed Wood, Sleepy Hollow, Corpse Bride, and Sweeney Todd: The Demon Barber of Fleet Street, the latter of which Johnny earned his third Oscar nomination for Best Actor in a Leading Role.

Beyond his creative partnership with Tim Burton, Johnny has also starred in films such as Finding Neverland, Public Enemies, Fear and Loathing in Las Vegas, and the Pirates of the Caribbean franchise, in which he’s played Captain Jack Sparrow in five films over ten years. Johnny took on another character in the realm of fantasy, playing Grindewald in the Fantastic Beasts films — prequels to the Harry Potter series and an extension of the popular franchise. Johnny resigned from the franchise, though, in November 2020 after losing a libel suit in the UK against a paper that called him a “wife beater.”

When it comes to his personal life, Johnny was previously engaged to Edward Scissorhands co-star and fellow Oscar nominee Winona Ryder. After their highly-publicized romance fizzled out, he was in a committed relationship with French singer Vanessa Paradis, with whom he had two children — Lily-Rose Depp, 21, and John “Jack” Depp, 18 — for many years.

Johnny went on to marry actress Amber in 2015; the marriage dissolved in 2017 amid wild accusations from both parties. The since-divorced couple are still maneuvering legal issues pertaining to alleged abuse during the time of their relationship.

Of course, there are more images of Johnny Depp to see from throughout his career than the two pictures above. To see more pictures of the actor, check out the gallery.