Ever since One Direction disbanded and Harry Styles embarked on a solo career, he’s also been experimenting with his style choices more than ever. Harry isn’t afraid to push the envelope when it comes to his wardrobe, and he’s worn some pretty out-of-the-box outfits over the years. In 2019, he was one of the co-hosts of the biggest fashion event of the year — the Met Gala — and he had everyone talking with his bold look. Harry wore an all-black ensemble, which featured a blouse with sheer sleeves. He also paired the look with black nail polish. The look had purposely feminine elements, that were counteracted by Harry’s masculine features, like a mustache and tattoos.

This was certainly not the first time that Harry had people buzzing about his style choices, though. He took our breath away when he performed songs from his debut album on TODAY in May 2017. For the morning show performance, Harry wore a bright pink suit. Not many people could pull off that super vibrant look, but Harry definitely could. He looked incredibly sexy in the ensemble. During this era, Harry wore a lot of bold suits that really made him stand out.

The “Adore You” singer stopped by BBC studios in May 2017, looking fine in a red plaid suit. While the outfit was a little wacky, Harry managed to make it look super hot. His love of out-there outfits dates back even further, though — in 2015, he wore a white floral suit while attending the American Music Awards with One Direction! 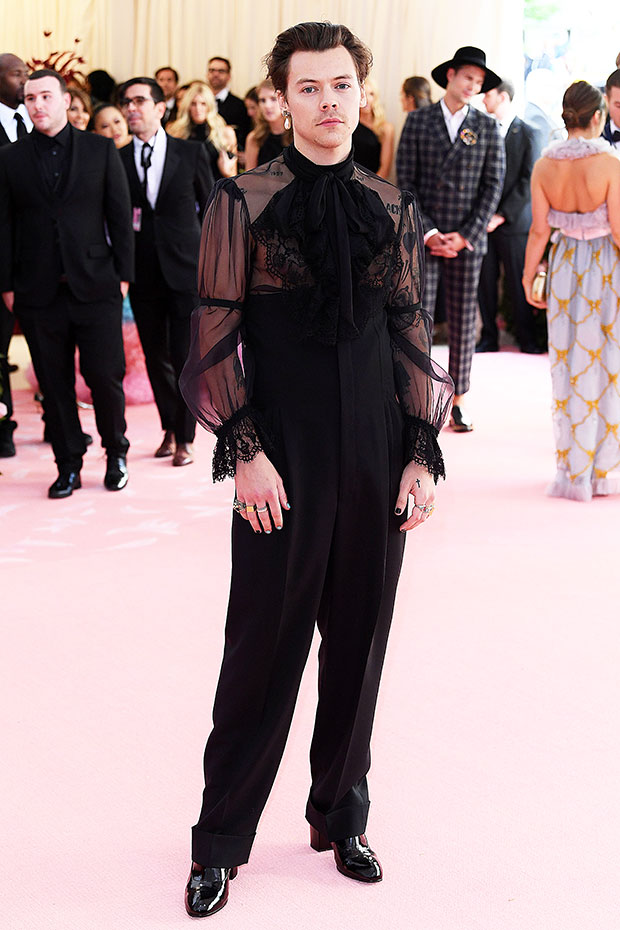 There are plenty of amazing Harry fashion moments over the years. Click through the gallery above to check out his wildest outfits of all in honor of his 26th birthday!