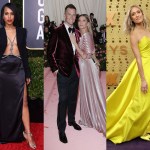 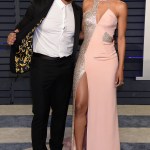 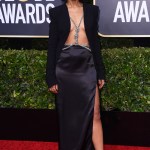 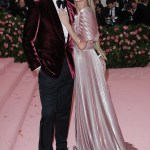 As Drew Brees became one of the best quarterbacks in NFL history, his college sweetheart and devoted wife, Brittany Brees, was there rooting him on. Get to know more about her.

When Drew Brees hung up his jersey in March 2021, the New Orleans Saints quarterback announced his retirement with some help from his four kids – sons Baylen, 12, Bowen, 10, Callen, 8, and 6-year-old daughter Rylen. For Brittany Brees – the children’s mother and Drew’s wife – the decision brought her some relief. “This has been the hardest year of our lives,” she wrote in January, per WDSU. “Yet, in some ways, one of the best. This year has shaped us and strengthened us. It has shown us what is truly important and what is not. I am so proud of the man you are.”

“Your children have watched you handle it all with integrity, grace, and the most amazing worth ethic. We [are] so proud of you,” she added. Two months later, Drew ended his twenty-year career in the NFL, pledging to spend more time with his family and continue his work in New Orleans. As she had been for his entire football career, Brittany will be there in Drew’s next chapter of his life. Here’s what you need to know about Brittany.

Born on Sept. 18, 1976 – according to HITC – the daughter of Pete and Kathie Dudchenko grew up in Syracuse, Indiana. Brittany attended Wawasee High School and was accepted into Purdue University in 1994. It was during this stint at Purdue that she would meet her future husband, but not in the romantic way that she would have hoped for. 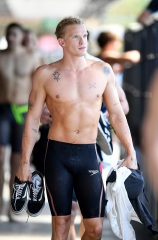 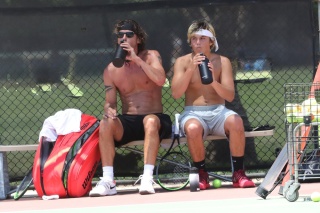 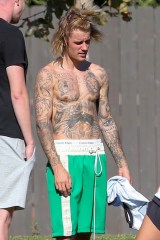 2. Brittany First Met Drew At A College Bar – And He Almost Blew It.

“I made a real fool of myself when I first met her,” Drew told ESPN the Magazine in 2002. “It was when I was a sophomore. It was my 20th birthday, and I’d had about 17 shots and put my foot in my mouth. It was a typical football player cheesy line — we’ll leave it at that. It took me six months to get the courage to talk to her again. I finagled my way to get invited to a party that I knew she’d be at.”

“So he asked me out, and all my girlfriends wanted to come with,” Brittany told the magazine. “You know because he was That Guy Who Had Made Such a Fool of Himself. So he brought some of his football friends, and we went to the movies. And his friends started throwing Gummy Bears at the screen!”

“They were Hot Tamales,” Brees added. “You know how if you suck on ’em, they get sticky? It was like, ‘Whap!’ Right on [Robert] De Niro‘s face.”

Drew played football at Purdue University. During the 2001 NFL Draft, the San Diego Chargers selected him as the 32nd overall pick. He spent his first five seasons for the Chargers before he signed with the Saints in 2005. The move ultimately resulted in a Super Bowl ring, as he and the Saints claimed the championship at Super Bowl XLIV.

Like any parents, Drew and Brittany found it stressful caring for their kids during the COVID-19 pandemic in 2020. “We haven’t really gotten any alone time,” Brittany said when she and Drew appeared on an April 2020 episode of The Ellen DeGeneres Show. “We might have come up with a plan with having a scavenger hunt inside the house that ends with us locking them in the closet, but we haven’t perfected it yet. That may be our only window. They can’t hear me. It’s totally fine.”

I have loved @DrewBrees and his wife Brittany for a long time, but this is above and beyond. pic.twitter.com/ZMovdhpyqd

4. Brittany Is Involved In Charitable Works.

In 2003, the same year that Drew and Brittany tied the knot, the couple set up the Brees Dream Foundation, an organization that seeks to “help improve the quality of life for cancer patients and provide care, education, and opportunities for children and families in need,” per the foundation’s website. As of August 2021, more than 45 million has been donated to charitable causes globally. Drew and Brittany also committed $5 million to help with Louisiana’s fight against COVID-19.

5. She Has Helped Drew Endure Some Controversy.

In the summer of 2020, Drew gave an interview where he said he would “never agree with anybody disrespecting the flag of the United States of America or our country.” Drew was referencing the protest that former NFL quarterback Colin Kaepernick conducted in response to police brutality, but  considering that 2020 saw multiple Black Lives Matter protests following the murder of George Floyd, many called Drew’s comments “tone-deaf.”

Drew ultimately took the statement back. “I would like to apologize to my friends, teammates, the City of New Orleans, the black community, the NFL community, and anyone I hurt with my comments,” he said on Instagram at the time (h/t Page Six.) In speaking with some of you, it breaks my heart to know the pain I have caused. In an attempt to talk about respect, unity, and solidarity centered around the American flag and the national anthem, I made comments that were insensitive and completely missed the mark on the issues we are facing right now as a country.”

Brittany also wrote a message and posted it to the Brees Foundation Instagram. “WE ARE THE PROBLEM. I write this with tears in my eyes, and I hope you all hear our hearts. I have read these quotes and scripture 1000 times, and every time I read it and the words sink into my heart. I think yes, this is what it’s all about…Only until the last few days, until we experienced the death threats we experienced the hate,” she wrote. In the lengthy message, she acknowledged that by saying “I don’t agree with disrespecting the flag” was also saying, “I don’t understand what the problem Is.”

“To all of our friends and anyone we hurt …we will do better.. We want to do better, we want to HEAR you, and we will fight for you because thinking we are not part of the problem…is checking the box it means we are not doing enough. It’s our job to educate ourselves. We are sorry.”