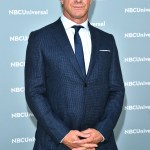 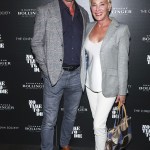 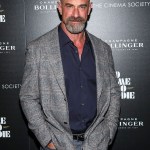 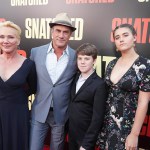 Christopher Meloni has become a memorable TV icon over the years, but who is his wife? Learn that and more, here.

Although Law & Order: Special Victims Unit star Christopher Meloni, 60, has risen to great Hollywood heights, there’s one thing that’s kept him grounded: his wife of 26 years, Doris Sherman Williams, 61. Below we take a closer look at the interesting story behind the lovebirds’ long-standing partnership and see how Christopher celebrates life with his wife and kids.

How Did Christopher and Sherman Meet?

Christopher’s wife may not be in the spotlight, but she’s familiar with the world of Hollywood. The pair originally met on the set of a TV show in 1989, as Christopher had just began pursuing an acting career and Sherman was working as a production designer. Although Christopher described the HBO series as “immensely forgettable” to YourTango, he recalled Sherman as exactly the opposite, explaining how taken he was with this incredibly unique woman arriving to set on a motorcycle with short blond hair and retro sunglasses. “This I gotta meet,” Christopher went on about his now-wife.

Continuing in his story, The Handmaid’s Tale actor revealed that although he found a spark in flirting with the production designer, he was sad to find out she had a boyfriend at the time. Flash forward a few more years and the two bumped into each other again in Los Angeles, causing Christopher to finally take action by leaving a note at her house. “On our first date, we went to three parties, given by three sets of my friends,” Sherman recalled to YourTango. “The first was in West Hollywood. Every guy there was gay. Chris passed with flying colors. Next we went to a party given by Beverly Hills snootballs. Chris kept his manners in check and held his own. Then we went to a costume designer’s party in the Hills, where we drank beers from a tub on the porch. And I thought: I can take him anywhere.” Shortly thereafter, the two began dating and eventually moved in together. 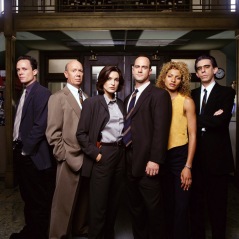 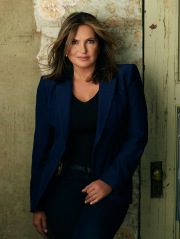 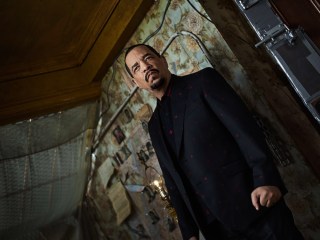 A Wedding to Remember

After four years of living together, Christopher and Sherman were ready to walk down the aisle –er, beach aisle that is. The two tied the knot in Malibu with a medieval-themed beach wedding and threw back shots of tequila to celebrate their nuptials. They couldn’t celebrate for too long, however, as Sherman had to run to the airport for a job in Miami, reported Yahoo!Life.

The couple’s daughter, Sophia Eva Pietra Meloni, shared a series of photos to her Instagram of her parents celebrating in their 25th anniversary, tequila shots and all! “[M]om and dad ring in 25 years with shots of Patron silver. Love is awesome,” wrote the 20-year-old.

As their relationship continued, the actor and production designer quickly found themselves torn between two coasts. Sherman preferred living in L.A. while Christopher was more a fan of New York City. The two finally agreed upon living on the east coast, raising their two children, Sophie, 20, and Dante Amadeo Meloni, 17 in the Big Apple. Sherman also put her production designer skills to work by creating a beautiful living space for the happy family, featured in Architectural Digest in 2017. “What makes me happy about this apartment […] is that, while the views keep you very much in touch with New York, you’re also above it all,” stated Christopher of the family’s Hell’s Kitchen abode. “When I’m done working and come home, I can really get away, be in a cocoon. I never imagined living 60 stories above the city could be soothing.”

Christopher and Sherman celebrate 26 years together this year, which is quite an accomplishment considering the standards of Hollywood. Their longstanding domestic bliss has relied on “space, respect, trust, and freedom,” Sherman told Your Tango, also adding, “we just like each other.” Indeed, although what we see is surefire case of true love!