Longtime scene partners Christopher Meloni and Mariska Hargitay sweetly embraced when they joined each other at the US Open. See the sweet pics!

Mariska Hargitay and Christopher Meloni were all smiles while watching the tennis at the US Open — see the pics here. The Law & Order: SVU co-stars were photographed enjoying each other’s company in the Grey Goose box at the historic sporting event, however Chris took his longtime pal by surprise when he arrived. Although Mariska knew her co-star would be in attendance, she reportedly wasn’t aware they’d be seated in the same box. While sitting next to her husband Peter Hermann, 54, Chris appeared in the row behind them, and placed a friendly kiss on her head.

They were also joined by Chris’ wife Sherman Williams, 61, as they watched Novak Djokovic take on Alexander Zverev. The fan-favorite pairing have recently appeared back on the small screen together in the spinoff Law & Order: Organized Crime, which is led by Chris’ character Detective Elliot Stabler. Mariska returned to her role as Captain Olivia Benson in multiple season one episodes, and fans couldn’t get enough of the duo reuniting again!

Mariska recently opened up to PEOPLE about her immediate connection with her co-star. “I walked in, saw him, and I went, ‘That guy. That’s the guy.’ It went deep, very fast,” she said. “We both knew that it was something big,” she recalls. “I won’t say that I fully understood it, but I knew that meeting him was important and life-changing. My father, my husband, [Law & Order creator] Dick Wolf, and Chris are the four pillar men in my life. And that happened early.” 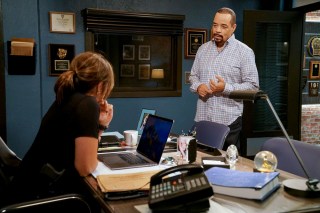 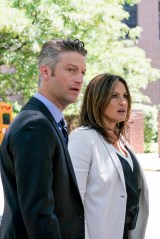 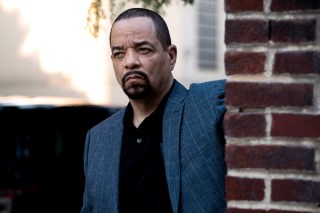 She also noted that getting back into the Benson and Stabler groove wasn’t difficult at all. “There was so much shorthand between us, which all goes back to the trust we have. He’s always made me feel like I could just jump off the ledge, the cliff, the bridge, and he would catch me, in so many ways, whether it was comedy or acting or friendship.” Christopher added that they “have each other’s back” no matter what.