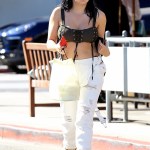 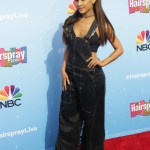 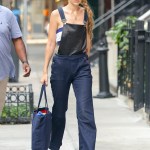 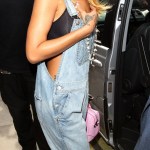 Ariel Winter, Rihanna & so many more celebs love wearing overalls with just a bra underneath! Check out all of your favorite celebs who have partaken in this trend right here!

Overall, we’re a fan of overalls — and so are so many fashion-minded celebs! One of the favorite trends pulled off by stars these days, especially with it being summer, is to wear overalls with just a bra underneath. For instance, Ariel Winter not only pulled off this look, she added a twist to it. Ariel decided to wear just a green bra while out about in Los Angeles on Nov. 8, 2017 — and unbutton her white overalls. The end result? She turned her overalls into pants, and we are here for this transformation! Check out all of the celebs who have worn overalls sans tops in our gallery above!

And joining her on this list is the queen, and perhaps the originator of this trend, Rihanna. Back in 2013, she was spotted multiple times not only wearing overalls but just donning a bra underneath. She rocked overalls on her new album artwork, wore them to her concert in Manchester, donned them in London while out with her brother, and even put them on for a bowling night!

Meanwhile, Ariana Grande turned heads with this sexy, laid back trend while walking the red carpet during the Hairspray Live! press junket at Universal Studios in Universal City, California on Nov. 16, 2016. Wearing oversized black denim overalls, which featured huge pant legs, she also flaunted a sexy black bra underneath. In addition, Justin Bieber‘s former rumored fling Baskin Champion was on her way to lunch in Los Angeles on April 26, 2018 when she was spotted donning light blue overalls with only a pink bra underneath. We’ll keep you posted as more celebs are seen rocking this fun, lax look!