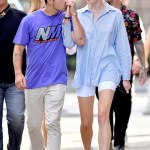 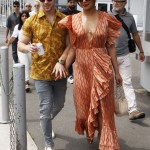 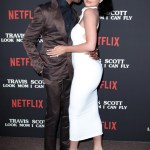 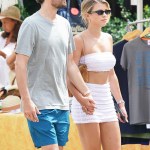 Love was in the air for so many stars this summer, and we rounded up the cutest couples who made our hearts burst all season long!

Summer 2019 may have given us the devastating breakup of Miley Cyrus and Liam Hemsworth, but there were plenty of other stars who had better luck in love. Sophie Turner and Joe Jonas had their big French wedding in June, and they’ve literally been inseparable ever since. Sophie has joined Joe and his brothers on the road for their Happiness Begins tour, and the two have spent a lot of time hanging out in New York City. They love holding hands in public and showing off their adorable relationship, and we love them for it!

Then, of course, there’s Shawn Mendes and Camila Cabello. Fans have been begging these two to get together for YEARS, and they finally turned their friendship into a romance during summer 2019. It all started with the release of their sexy song and video for “Senorita” at the beginning of the season. Since then, we’ve seen them making out, holding hands and more in public. Still, neither of the stars will actually confirm that their date — but the pictures speak volumes!

We also can’t forget about Scott Disick and Sofia Richie, who have been living it up this summer. From lavish and luxurious vacations to nights out in Malibu, these two are very clearly as in love as ever. It’s been two years since they first got together and things seem to be going great!

There’s plenty of more celeb couples who had us buzzing this summer, too. From Gigi Hadid and Tyler Cameron to Nikki Bella and Artem Chigvintsev and more, click through the gallery above to check them all out!