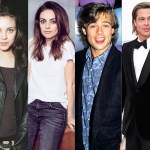 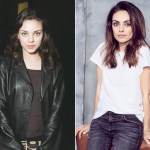 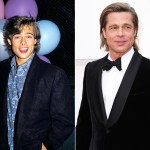 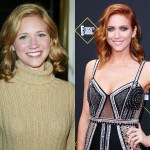 Making it in Hollywood isn’t easy. Some of the industry’s top A-listers got their big break on soap operas! Before the Daytime Emmy Awards air tonight, see stars like Margot Robbie and more who got their start on soaps!

Before they were household names and Oscar-nominated A-listers, actors like Brad Pitt and Margot Robbie graced TV screens on a weekly basis when they appeared on iconic soap operas! A number of Hollywood celebs, who now star on the big screen, actually got their first big break in the industry by starting on the small screen. These performers left a major impression on the world that sky rocketed them into super stardom. Tonight, the Daytime Emmy Awards will honor soap opera stars and more during it’s virtual telecast. Before the ceremony, we’re taking a look back at some of the famous faces you may not know got their first taste of acting by starring on soaps like Days of Our Lives, All My Children, and more.

General Hospital is where Demi Moore got her start. The actress played Jackie Templeton on the long-running soap opera between 1982-1984. She co-starred on the series for a total of 29 episodes, which created a strong launching pad for the rest of her career. Just one year after her time on the soap opera, Demi landed the role of Jules in the 1985 film St. Elmo’s Fire. From there, Demi become a mainstay of the late ’80s and ’90s with films like Ghost (1990), A Few Good Men (1992), and The Scarlet Letter (1995).

Meanwhile, on the other side of the world, Australian actress Margot Robbie first got her foot in the door with a stint on the long-running soap Neighbours. Long before she was a DC Comics superstar, the blonde beauty (who is actually a natural brunette, as seen on the show) spent three years playing aspiring fashion designer Donna Freedman. She was on the show from 2008 to 2011 and only has good things to say about her experience. “You have to be word-perfect, and they’re switching as you act, so if you don’t hit your mark, or if you aren’t word-perfect, and they’re shooting it so quickly, there’s really no time to mess up,” she explained in a January 2020 interview on popular YouTube series Hot Ones. “You just learn an incredible discipline and you can work really, really fast. You’re just really conscious of everybody else’s jobs.”

Another star who got her big break on the small screen is Kelly Ripa. Although the TV host still graces our screens every day as the co-host of her morning show Live With Kelly and Ryan, her career actually began with a longtime role on All My Children. She scored the role of Hayley Vaughan Santos in 1990 and played the character until 2002. Kelly even met her husband Mark Consuelos on set and the pair married in 1996 — four years before their characters would tie the knot onscreen. So sweet!

It’s hard to believe how far some of these stars have come since the beginning of their careers! Other notable names who got their first big break on soaps include Sarah Michelle Gellar, Josh Duhamel, Brittany Snow, and Hayden Panettiere. Scroll through the gallery above to reminisce on some of your favorite A-listers who began on the small screen, and don’t forget to tune in to CBS tonight at 8 pm ET for the  47th Daytime Emmy Awards!