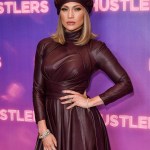 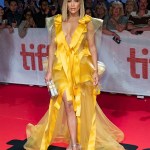 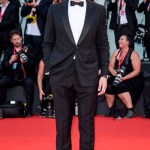 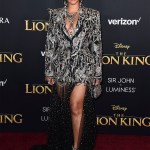 The 2020 awards season kicks off with the Golden Globes on Jan. 5, and as we gear up for a busy few weeks, we’re taking a look at which stars will be making a big splash this time around!

All year long, these stars have made headlines for their roles in some of the biggest television shows and movies, and now, they’re back in the spotlight as awards season begins! Awards season for acting begins with the Golden Globes on Jan. 5, followed by the Critics’ Choice Awards on Jan. 12, the SAG Awards on Jan. 19, and concluding with the Oscars on Feb. 9. Needless to say, it’s going to be a busy few weeks for these stars, who are likely to make appearances at some or most of these events.

Perhaps the busiest of all, though, will be Jennifer Lopez. Her acting is being recognized during this awards season thanks to her role in Hustlers, and she started receiving Oscar buzz as soon as the movie came out. In the midst of all the award show craziness, she’s also preparing for her huge performance at the Super Bowl Halftime Show on Feb. 2! Plus, it certainly wouldn’t be a surprise if she also popped up at the Grammy Awards on Jan. 26. Not only does this mean the possibility of BIG awards for Jennifer — but it also means we’ll get to see tons of amazing red carpet moments from the triple threat!

Then, there are the ladies of Bombshell: Margot Robbie, Nicole Kidman and Charlize Theron. All three women received rave reviews for their performances in the movie. Plus, Margot and Nicole have other works that are being honored during awards season, too: Margot was in Once Upon a Time in Hollywood, while Nicole Kidman reprised her role in the TV series, Big Little Lies!

Let’s not forget about the guys! From Brad Pitt to Leonardo DiCaprio to Adam Driver and many more, there are plenty of male stars to keep an eye out for this awards season, too. Click through the gallery above to check out the full list!