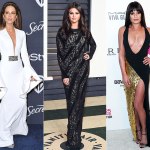 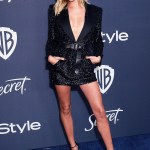 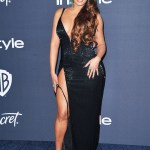 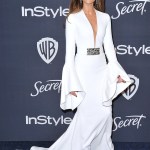 The best part of award shows? The after-parties, of course! These stars wore some of the hottest looks EVER at award show after-parties over the last few years.

Award shows can sometimes get a bit long and tedious, which is why the after-party is the PERFECT place for stars to unwind after the show! Most award shows have various after-parties that the celebrities can attend, and most of the time, they change out of their show looks and into an even sexier outfit so that they can party the night away. The Vanity Fair Oscar party is ALWAYS a star-studded affair, where the biggest stars in the industry can mingle, even if they weren’t invited to the actual Academy Awards. Taylor Swift attended the event in 2016, and she looked beyond amazing in her super sexy, plunging black gown, which also featured a leg slit. She paired the look with her hair styled sleek and straight.

We also loved Miley Cyrus’ look from the same event in 2019. While walking the red carpet with her then-husband, Liam Hemsworth, Miley wore a super low-cut black gown, which featured a sequined bodice and simple train. She completed the fierce look with her hair in tight curls, along with a silver necklace hanging down her chest. In 2018, Kendall Jenner walked the VF Oscars party red carpet in a black mini dress, which featured a plunging neckline and dramatic sleeves. Her toned legs went on for days in the mini!

Elton John also hosts and Oscars party every year, and Lea Michele put some major skin on display when she attended it in 2018. She wore a black and gold gown, which featured a neckline all the way down to her midsection. There was also a slit up the center, so she could show some leg, too.

There are plenty of other amazing after-parties in addition to these, though! Click through the gallery above to check out more stars in super sexy after-party looks over the years!