Kendall Jenner whipped out one hell of a look when she attended the Vanity Fair Oscars party on Feb. 24. The Keeping Up With The Kardashians star always looks gorgeous, but she really nailed this ensemble. Kendall wore a barely-there black dress, with just one piece of fabric covering up the bottom portion of her body. The double slit put MAJOR leg on display, and somehow, Kendall avoided having a wardrobe malfunction on the red carpet. She completed her look with black pumps, and styled her hair with major volume to dramatize the full ensemble.

The 23-year-old showed up to the event solo, but she caught up with her dad, Caitlyn Jenner, on the red carpet. The ladies laughed together as cameras snapped photos of them, and it looked like such a fun night out! There’s been quite a bit of drama for the Kardashian family lately — her sister, Khloe Kardashian’s, boyfriend and baby daddy, Tristan Thompson, reportedly cheated on her with Kylie Jenner’s best friend, Jordyn Woods — but Kendall seemed unbothered by the problems and looked fierce as ever during Hollywood’s biggest night!

While Khloe might be having relationship trouble, though, things certainly seem to be going well for Kendall in the loooove department! She’s been happily dating Ben Simmons for several months now, and although she doesn’t talk about their relationship much, she hasn’t been shy about flaunting their romance in public recently. 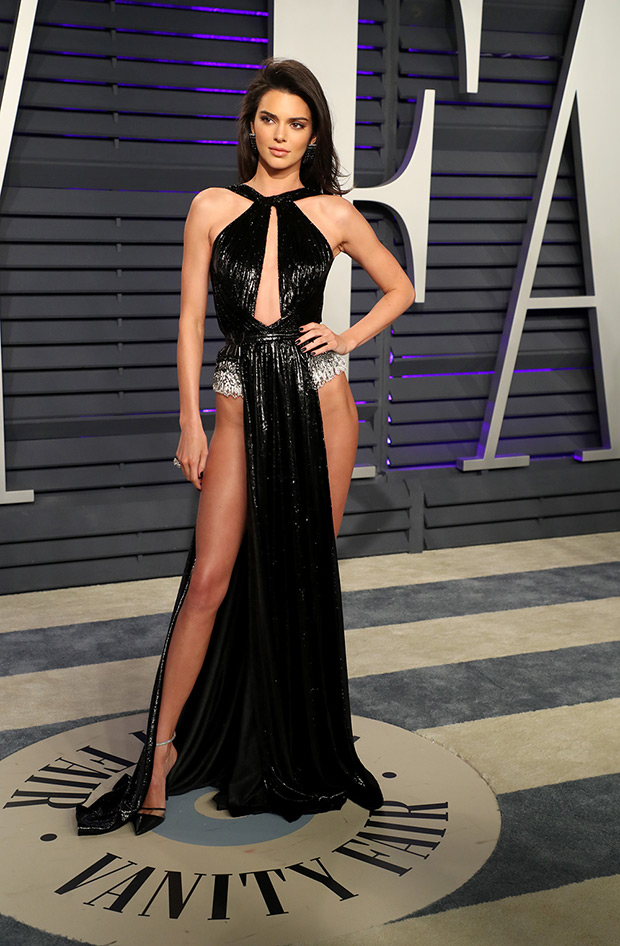 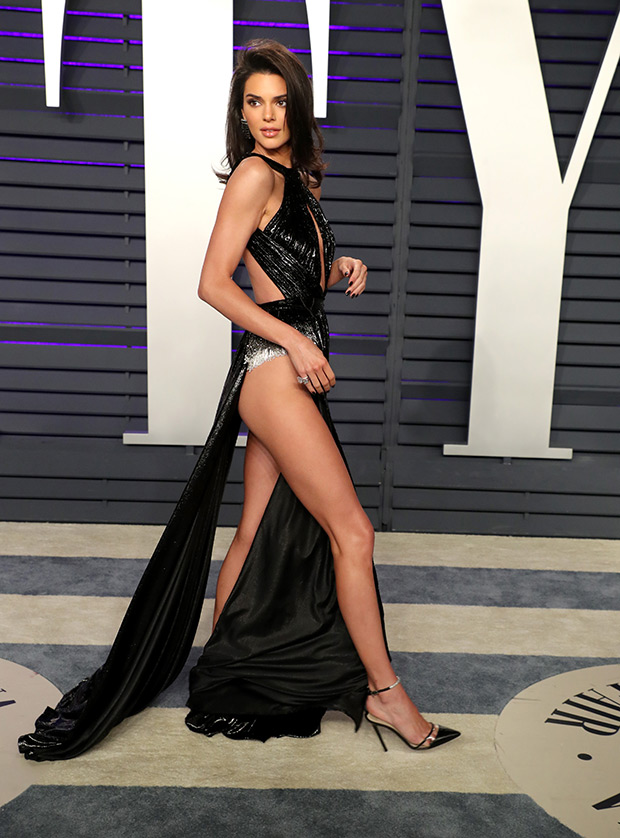 Ben didn’t join Kendall on the Vanity Fair red carpet, but clearly, she did just fine stealing the show on her own. We seriously can’t get over this look!