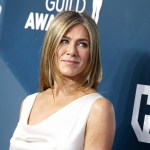 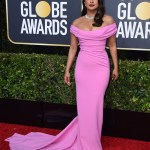 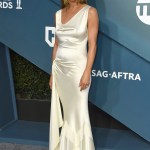 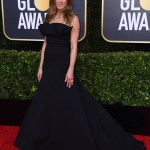 The 2020 awards season has officially come to an end, and we’re taking some time to look back at our favorite red carpet looks from the Grammys, Oscars and more!

The beginning of 2020 was jam-packed with tons of different award shows, but it all finally came to an end with the Oscars on Feb. 9. All of the high-profile events brought out some amazing red carpet style from some of the biggest stars in Hollywood. Jennifer Aniston attended the Golden Globe Awards and SAG Awards to support her series, The Morning Show, and she looked amazing on both occasions. At the SAGs, she rocked a super sexy, silky white dress, while at the Globes, she looked absolutely gorgeous in her strapless black gown.

Another amazing look was Priyanka Chopra’s Golden Globes ensemble. She wore an off-the-shoulder pink gown, which showed off her incredible figure. Priyanka completed the look with her hair in thick curls, and added a statement necklace and pop of red lipstick, too. Beyonce also attended the Golden Globes, and although she didn’t walk the red carpet, she still turned heads once she was in side. Bey wore a plunging black gown, which featured poofy yellow sleeves. Sh was joined by JAY-Z at the event.

Our favorite awards season look from Jennifer Lopez was at the SAG Awards, where she wore a classic black gown. The off-the-shoulder look was tight around her body, but featured a long, cascading train. She looked INCREDIBLE! Just one week after the event, J.Lo took the stage at the Super Bowl, so was quite a busy few weeks for her.

There were so many amazing award show looks this year, and we rounded up the best of the best in the gallery above. Click through the gallery to check out our favorite looks from the Oscars, Grammys, Golden Globes and SAG Awards in 2020!