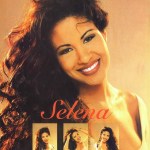 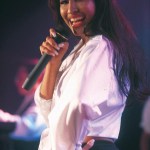 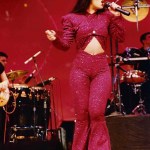 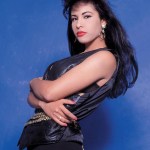 Bio:
Selena (born Selena Quintanilla on April 16, 1971 in Lake Jackson, Texas) was an American singer, songwriter, actress. Referred to as Queen of Tejano Music, Selena was one of the most celebrated Mexican American entertainers of the 20th century. Selena developed her music abilities when she was 6 years old, and would perform with her siblings, Suzette Quintanilla and A.B. Quintanilla III, at their family’s restaurant. After moving to Corpus Christi, Texas, she and her siblings formed the band Selena Y Los Dinos. In 1984, Selena recorded her first album, Selena y Los Dinos, a collection of Spanish-language Tejano songs. She would win the Tejano Music Awards’ Female Vocalist Of the Year in 1987 and eight consecutive years after that. Highly prolific, Selena y Los Dinos would release five additional albums by 1988. In 1989, Selena recorded her first album as a solo artist, Selena. Her second album, 1990’s Ven Conmigo, would be Selena’s first certified Gold album. Her critically acclaimed and most commercially successful album, Entre A Mi Mundo, was released in 1992. It would certified platinum six-times over. Her 1993 Live! album won the Grammy Award for Best Mexican/American Album of the year. On March 31, 1995, Selena was shot and killed by Yolanda Saldivar, her friend and former employee. Her posthumous crossover album, Dreaming of You, debuted atop the Billboard 200 chart, becoming the first Latin artist to accomplish this feat. Two weeks after her death, then-Texas Governor George W. Bush declared her birthday Selena Day in Texas.

Best Known For:
Selena is best known as one of the most successful Latin artists of the 1990s, often called the Queen of Tejano Music and “The Mexican Madonna.”

Personal Life:
Selena and her band’s guitarist, Chris Perez, developed romantic feelings for each other in 1989. The two eloped in 1992, to the disapproval of Selena’s father and manager. After the marriage, Selena’s father accepted Chris into his family and welcomed him back to the band. Selena entered into the fashion world by designing and manufacturing a clothing line in 1994. She opened two fashion boutiques in Texas, hiring on Yolanda Saldivar as the manager for both. Selena was heavily involved in charitable efforts throughout her life, working with organization like Toys For Tots, D.A.R.E. and the Boys & Girls Clubs of America.

Ciara’s Halloween costume this year is a tribute to the late Selena Quintanilla-Pérez! Watch her perform ‘Bidi Bidi Bom Bom’ as the queen of Tejano music.

Chris Pérez and Selena Quintanilla’s relationship is a main focus of ‘Selena: The Series’ Part 2. Their love story was cut short in real life. Here’s what you should know about Selena’s husband.

The second part of the ‘Selena: The Series’ is out now. Yolanda Saldívar has a much larger presence in the new episodes. Just a few years after meeting Selena, Yolanda murdered the singer in cold blood.

Jesse Posey stars as Chris Perez, Selena’s bandmate and the love of her life, in ‘Selena: The Series.’ He spoke EXCLUSIVELY with HL about Chris’ love for Selena, what he learned from the show, and more.

Gabriel Chavarria stars as Selena’s older brother, A.B. Quintanilla, in the ‘Selena’ Netflix series. Gabriel spoke EXCLUSIVELY about how instrumental A.B. was to Selena and the family’s success.

Noemí González stars as Selena’s sister, Suzette, in Netflix’s ‘Selena: The Series.’ HL spoke EXCLUSIVELY with Noemí about Selena’s impact on her, learning to play the drums for the role of Suzette, and more.

The first part of ‘Selena: The Series’ debuts Dec. 4 on Netflix and takes us back to the early years of the late Selena Quintanilla. See the side-by-side photos of the ‘Selena’ cast members and their real-life counterparts.