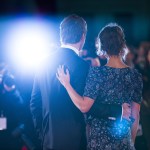 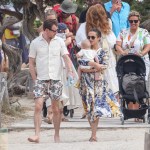 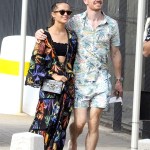 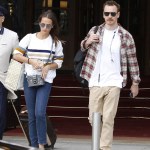 Bio:
Michael Fassbender (born on April 2, 1977 in Heidelberg, Baden-Württemberg, Germany) is a German-Irish actor and producer. Born in then West Germany, Michael moved with his family to Ireland when he was 2 years old. He discovered he wanted to be an actor as a teenager. At age 19, he moved to London to study at the Drama Centre London. He dropped out in 1999, to join the touring Oxford Stage Company’s production of the play, Three Sisters. Michael’s first screen role was in the 2001 television miniseries Band Of Brothers. Michael’s breakout role came in 2007’s 300. Afterwards, he had roles in Steve McQueen’s film Hunger and the romantic film Fish Tank. In 2009, Michael joined Quentin Tarantino on his WW2 film, Inglorious Basterds. Though he acted in 2010’s Jonah Hex, Michael’s biggest comic-book movie success would come a year later when he portrayed Magneto in X-Men: First Class. He would reprise the role in 2014’s X-Men: Days of Futre Past. He had starring roles in films Prometheus and Frank, and was cast as the title character in the 2015 biopic, Steve Jobs.

Best Known For:
Michael is best known as a film actor, for his roles in the X-Men movies as well as Inglorious Basterds.

Personal Life:
He has an older sister, who is a neuropsychologist. He is a Foruma 1 Racing fan. Michael was romantically linked with actresses Zoe Kravitz, Nicole Beharie and model Madalina Diana Ghenea. In late 2014, he began dating actress Alicia Vikander. They secretly got married in Oct. 2017.

Ben Affleck Wraps His Arm Around J.Lo’s Child Emme, 14, As They Visit Him On Set

‘The Danish Girl’ Academy Award-winner confirmed that she’d had a child with her ‘X-Men’ star husband, after fans speculated that the two became parents in August.

The ‘Ex Machina’ actress and her husband smiled while on a romantic stroll on vacation in Spain.

What do you get when you mix Ridley Scott’s direction, Cormac McCarthy’s screenplay, and Cameron simulating sex with a car? The top film critics tell us in their reviews!
Fans of Cameron Diaz, Brad Pitt and Penelope Cruz will be packing movie theaters this weekend to see their racy thriller, The Counselor (in theaters on Oct. 25). And lucky for them, several reviews praise their sexy and fun acting!