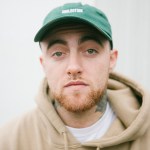 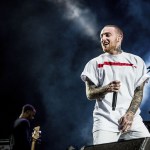 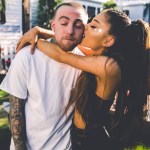 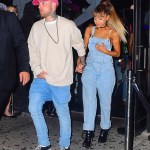 Bio:
Mac Miller (born as Malcolm James McCormick on January 19, 1992) is an American rapper from Pittsburgh, Pennsylvania. He’s signed to Pittsburgh based Rostrum Records and he released his debut album Blue Slide Park, on November 8, 2011, which debuted at number 1 on the Billboard 200 despite being released completely independently. His second studio album Watching Movies with the Sound Off was released on June 18, 2013.

Best Known For:
Mac Miller is best known for his mixtape Best Day Ever.

Personal Life:
Mac Miller was in a long term relationship with a girl he met in middle school for four years until April 2013. Many of the songs on his mixtape Macadelic are about their relationship. He started dating Ariana Grande in Aug. 2016, but they broke up after two years together in April 2018. Mac was arrested in May 2018 for DUI after he crashed his car and fled the scene. On Sept. 7, 2018, Mac Miller died of an apparent overdose. He was only 26.

Before getting married to Dalton Gomez in May 2021, Ariana Grande was in a few other high-profile relationships, as well. Find out everything about Ariana’s romantic history here!

It’s been three years since the world lost Mac Miller. His older brother has been an important part of his artistry and in preserving his legacy. Find out everything you need to know about Miller McCormick.

Ariana Grande honored her late ex-boyfriend Mac Miller during her Fortnite concert — and fans are emotional.

Ariana Grande joined Thundercat — a close friend of her late ex, Mac Miller — to perform ‘Them Changes’ at the Adult Swim Festival!

Ariana Grande and Pete Davidson’s whirlwind engagement came to an abrupt end a month after her ex Mac Miller died. Pete says he knew their romance was doomed after Mac’s tragic passing.

Over a year after his tragic death, Mac Miller’s family released his unfinished album, ‘Circles.’ The background vocals in one of the songs, ‘I Can See,’ sound very familiar — fans are insisting they belong to his ex, Ariana Grande!

Nearly two years after Mac Miller’s tragic passing, his family has announced that they will release his follow-up to his beloved album ‘Swimming’ because they know that’s what he would have wanted.