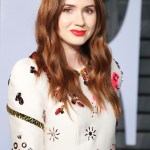 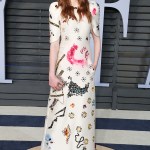 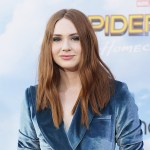 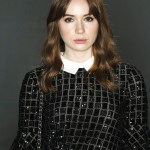 Bio:
Karen Gillan (born on November 28, 1987) is a Scottish actress who moved to London, England at 17 years old to pursue an acting career. While she was studying at Italia Conti Academy of Theatre Arts, Karen was recruited by a modeling agency. Though she modeled briefly, Karen has made it clear she would not give up acting to be a full-time model. Karen began acting on television in 2006 which helped launch her acting career. Since then she has starred in a number of high profile films including Jumanji: Welcome to the Jungle and The Circle. In 2017 Karen put on her directors hat and directed her first film, The Party’s Just Beginning.

Best Known For:
Karen is best known for her role as Nebula in Guardians of the Galaxy and for playing Amy Pond on Doctor Who.

Say hello to Ruby Roundhouse! The first official pic from the continuation of 1995’s ‘Jumanji’ surfaced on Sept. 20, and fans can’t stop talking about the hot redhead, Scottish actress Karen Gillan, who’s the female lead. Get to know more about Karen right here!