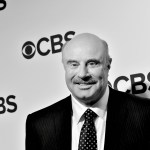 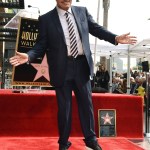 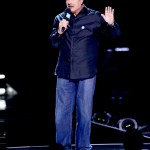 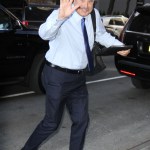 Bio:
Dr. Phil (born Phil McGraw in Vinita, Oklahoma on Sept. 1, 1950) is a television personality. He’s best known for his eponymous daytime television show. Prior to that, he climbed to prominence as a guest on The Oprah Winfrey Show throughout the 90s.

Phil attended Shawnee Mission North High School in Overland Park, Kansas. From there, he attended the University of Tulsa and then Midwestern State University on football scholarships. He graduated in 1975 with a B.A. in psychology. He ultimately earned his Ph.D at the University of North Texas. Soon after, he began leading “Pathways” seminars, which is where he first honed his skills as an orator.

In 1995, Phil was hired by Oprah Winfrey as a legal consultant for a case she was fighting. She won the case and was so impressed with him that she asked him to be on her show. Soon, he was making weekly appearances. In 2002, he launched his very own TV show where he offers advice to his guests regarding the topic of the day. It’s been huge success since.

In 2017, Dr. Phil and his show was accused of giving alcohol and substances to guests struggling with addiction. Former Survivor winner Todd Herzog says that when he agreed to be on the show in 2013, he found a liter of vodka in his dressing room, which he drank. He also claims he was given a Xanax to “calm his nerves.”

Best Known For:
Besides his syndicated TV show, he is also the author of Life Strategies, Family First, Self Matters, Life Code and many, many more.

Personal Life:
When Phil was 20 years old, he married his first wife Debbie Higgins McCall in 1970. Their marriage was annulled in 1973. Soon after, Phil began dating Robin Jo Jameson. They were married in 1976. They have 2 sons together.

Dr. Phil still believes that not reopening the US would be worse than coronavirus itself. The TV doc thinks the US is about to ‘overdo’ quarantine, despite nearly 74,000 Americans dying from COVID-19.

Ellen Pompeo tweeted about how staying home during the COVID-19 pandemic is crucial to ‘stop the spread’ to healthcare workers and she also called ‘old white guy TV docs’ ‘selfish’ and told them to ‘sit down’.

Someone better prescribe some silence for Dr. Phil. The television personality is getting dragged for comparing COVID-19 to car accidents and drowning, so here’s what you need to know about him.

After Dr. Phil majorly downplayed coronavirus during a Fox News interview on April 16, the Internet blew up with people shutting him down for his claims.

In a heartbreaking new interview, Sinead O’Connor tearfully revealed her extremely painful past was filled with abuse & ‘torture.’ The star said her mom ‘beat the sh*t’ out of her daily for 13 long years. Watch here.

No shame in her game! Danielle Bregoli’s appearance on ‘Dr. Phil’ helped pave the way for her career, leading her to fame and fortune. Even so, the ‘Cash Me Outside’ girl slammed the TV host while speaking to us EXCLUSIVELY. Well…how bow dah?

No topic was avoided during Shayanna Jenkins’ sit-down with Dr. Phil, and that includes the rumors that her late fiancee, Aaron Hernandez, was gay. Watch here to find out what she has to say about the shocking reports!