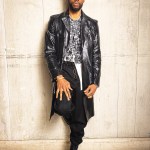 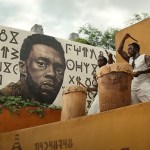 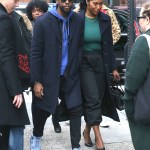 Bio:
Chadwick Boseman (born on November 29, 1977) is an American actor who made a splash on Hollywood by portraying Jackie Robinson in the film 42. Born and raised in South Carolina, Chadwick wrote his first play, Crossroads, when he was a junior in high school. For college he moved onto Howard University in Washington, D.C. In 2008 he moved to Los Angeles to pursue his dream of being a movie actor. Chadwick got his first TV role in 2003 on a show called Third Watch, which led to appearances on Law & Order, CSI and ER. Ten years later he was directing an off-Broadway show when he was cast in 42, launching his now massive film career.

Personal Life:
Chadwick has managed to keep his private life just that, so it’s unclear if he’s in a relationship at this time.

Just 3 months after Chadwick Boseman tragically lost his life to cancer, his Marvel co-stars, friends and fans paid tribute on what would have been his 44th birthday.

A month after the world lost Chadwick Boseman, his two older brothers have shared how the ‘Black Panther’ star had made peace with his cancer struggle and accepted that his time on this earth was at an end.

Lupita Nyong’o took to Instagram to honor her late ‘Black Panther’ costar, Chadwick Boseman, remembering a man ‘who made the most of his time’ in an emotional, moving tribute.

2020 has to be one of the most devastating years when it comes to the loss of truly beloved celebrities. So many were taken in the prime of their lives, like Kobe Bryant, Chadwick Boseman and more.

Michael B. Jordan shared an incredibly moving message about his late friend and ‘Black Panther’ co-star Chadwick Boseman. He kept repeating, ‘I wish we had more time.’