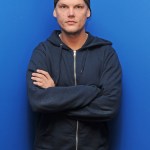 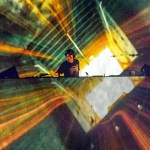 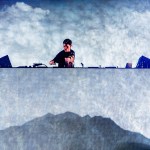 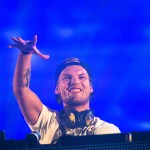 Bio:
Avicii (born Tim Bergling in Stockholm, Sweden on September 8, 1989) was a Swedish musician, DJ and producer. He was signed to his first record label in 2007, and by 2010, his songs started making it onto the charts in Sweden. Avicii’s first mainstream hit was “Levels,” released in 2011. The next year, he collaborated with David Guetta on the song “Sunshine,” which was nominated for a Best Dance Recording Grammy. His next mainstream hit, “Wake Me Up,” hit the charts in 2012 and reached No. 1 in the United States. He released his first full studio album, True, in 2013, and followed it up with his second, Stories, released in 2015. Once he became an international success, Avicii began touring all over the world, but announced his decision to stop performing in 2016, after suffering from various health issues. He continued to release music, including an EP, which included a song with Rita Ora in 2017. Avicii has worked with stars like Lenny Kravitz, Leona Lewis and more. His documentary, Avicii: True Stories, was released in Oct. 2017.

Best Known For:
Avicii is best known for his hit songs like “Wake Me Up” and “Levels.”

Personal Life:
Avicii dated Canadian model Raquel Bettencourt for more than a year in 2013 and 2014. They lived together during their relationship, but split at the end of 2014. Avicii was hospitalized for a week and a half in 2012, and diagnosed with acute pancreatitis, which was due, in part, to excessive drinking. In 2014, he had his appendix and gall bladder removed. It was revealed on April 20, 2018, that Avicii had died at the age of 28.

The late superstar DJ, who died by suicide, struggled with the ‘dangerous combination’ of ‘fame and fortune,’ according to his father.

The official autopsy report for Avicii has not been released, but people familiar with the situation say that the DJ took his own life with a sharp piece of broken glass. Here are the horrifying details.

As if Avicii’s death wasn’t sad enough, it turns out he leaves behind a girlfriend who loved him with all her heart. Tereza Kačerová poured her heart out in a tribute to the late DJ, so get to know all about her.

Avicii’s friend Nile Rodgers feared for the world-known DJ, who passed away on Apr. 20, due his alcohol issues and even admitted he was drunk the last time they saw each other. Get the upsetting details here.

The EDM and DJ communities are mourning the death of their fellow artist, Avicii, 28, whose shocking death has rocked the music world entirely. See the emotional messages from Calvin Harris, Marshmello and more heartbroken stars.