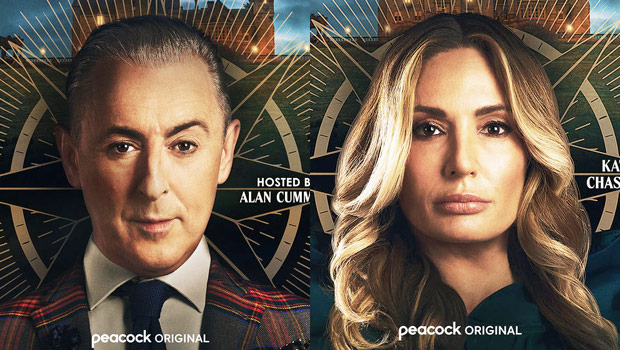 “I think Kate Chastain brought her A game,” Alan told us. “But it wasn’t that she was a good contestant,” the Spy Kids star noted. “I didn’t realize how much of her character is of being a diva. She certainly brought that.”

Alan continued, “She would say things like, ‘I’m dying to be killed, or to be banished, but I won’t get my money if I leave.’ Things like that. I loved that about her. I loved how honest she was.”

Kate is competing against fellow Bravo stars Brandi Glanville, Kyle Cooke, and Reza Farahan, among other famous faces. We asked Alan if he thinks the reality stars or the civilian contestants had the advantage in manipulating and deceiving the others.

“You would sort of think it would be easier for the reality people because they’ve done similar [shows],” Alan explained. “They understand the inner workings of it. A couple of them have been in Survivor and things which are much more about making allegiances and all that sort of stuff. So they are probably used to thinking in that way.”

Alan also told us that he was so shocked by what went down on The Traitors, which filmed at a remote castle in the Scottish Highlands. “I was constantly surprised, amazing, horrified, at people’s behavior,” he shared. “And just how people behave under stress. And how good people were at lying. How bad people were at lying.”

The Traitors cast also features The Bachelor star Arie Luyendyk Jr., Olympic swimmer Ryan Lochte, and more. The contestants have to survive the showdown between the Traitors and the Faithfuls to win the $250,000 grand prize. All 10 episodes drop on January 12.

'The Traitors': Meet The Cast Of Peacock's New Reality Show