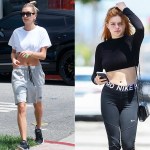 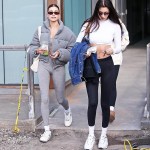 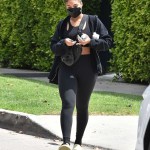 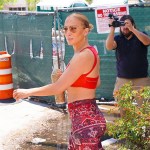 Friends who work out together, stay together! Bella Hadid showed off her toned abs while Hailey Bieber sported as they strutted out of the gym in ALO Yoga.

Bella Hadid, 25, and Hailey Bieber, 25, prove that working out together always makes it better. The two models were spotted walking out of the gym together after a pilates class on Sunday, Jan 9. Bella showed off her toned abs in a white, long-sleeved crop top and black High Waist Airbrush Leggings by ALO Yoga. Her bestie Hailey rocked the grey cropped seamless ribbed bra and matching High-Waist Alosoft Highlight Legging, also by ALO, along with a gray puffer jacket from Prada. The ladies had their hair up in ponytails and sunglasses as they strutted down the city streets.

The brunette beauties have been good friends for a while and never go too long without being spotted together in public. In November 2021, the two enjoyed a night out on the town in Miami. Bella paraded a multi-colored two-piece set that consisted of a crop top with a tie-front and skirt while Hailey rocked a strapless brown leather dress. The models were in town for Lauren Perez’s wedding.  Yes, the same wedding where Kendall Jenner wore her infamous barely-there cut-out dress.

Like her friend Hailey, Bella is part of a famous family. Her mother is Real Housewives of Beverly Hills star Yolanda Hadid while her siblings Gigi Hadid and Anwar Hadid are also models. Even though they’re all famous, the Hadid family remains close. The Victoria Secret model recently celebrated her 25th birthday with the fam in New York City. For her special occasion, Bella a black top with a keyhole neckline that showed off her cleavage and black leather boots. 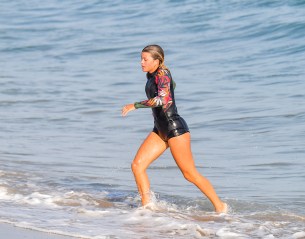 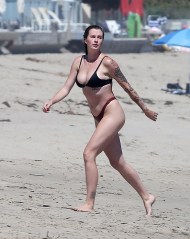 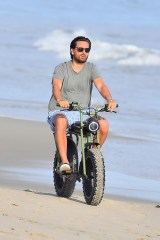 Bella has been linked with art director Marc Kalman. She announced their relationship in July 2021, revealing the pair had been secretly dating for about a year. Even though Marc tends to stay out of the limelight, the pair has since been spotted publicly together proving that they’re still going strong.

Meanwhile, her famous siblings recently endured public breakups with A-list celebrities. Gigi has separated herself from former One Direction band member Zayn Malik since allegations surfaced that he got in an altercation with her mother Yolanda. Meanwhile, Anwar recently ended things with Grammy Award-winning artist Dua Lipa. Their relationship seemed to have ended more amicably. The two “are currently taking a break from their relationship and are spending time apart,” as a source told People and their friends even reportedly believe the two will get back together.