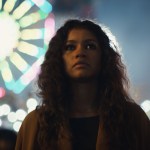 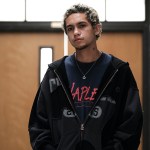 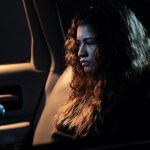 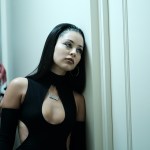 ‘Euphoria’ season 2 kicked off on New Year’s Eve. Fezco had a brutal confrontation with Nate, Rue and Jules finally talked, and Cassie betrayed her best friend.

The Euphoria season 2 premiere begins with some insight into Fezco’s upbringing. After a situation with his father, Fezco’s grandmother began taking care of him. She taught him everything he knows about life, including everything about dealing drugs. She didn’t treat him like a kid, always a business partner. One day, Ashtray just showed up at their house.

At one point, Fezco’s grandmother collapsed and he had to take over the family business. Eventually, it was just Fezco and Ashtray. He looked at Ashtray like a brother and would go to war like a brother for him.

In the present day, Fezco and Ashtray are heading to do some business, and Rue is tagging along. The girlfriend of one of the dealers gets into the backseat with Rue, and Rue ends up spilling the news about Jules leaving her. Faye pulls out heroin, and Rue tries to get her to put it away. Suddenly, men pull them inside with Fezco and Ashtray. The male leader tells them to get naked in case someone is wearing a wire. Rue doesn’t initially get naked, so he pulls her into the shower. She promises she won’t say anything. He tells her to strip naked anyway. Rue is later brought back into the kitchen.

Fezco explains to the female ringleader that Mouse is dead. He calls Rue his “family.” When the woman asks if he trusts Rue, Fezco replies, “With my life,” Fezco says about Rue. And with that, Fezco is in.

At the New Year’s party, Lexi is looking for Cassie. They got into a fight so she got out of the car in the middle of the road. Cassie walked to a convenient store and crossed paths with Nate. He gives her a ride to the party. They end up hooking up in the bathroom at the party. Maddy starts looking for Cassie as well and knocks on the bathroom door. Nate and Cassie are still hooking up, but Maddy won’t go away.

Nate puts his hand over Cassie’s mouth and she starts crying. “I’m really scared, Nate,” Cassie cries. He tells her to trust him. Cassie ends up lying down in the bathtub while Nate opens the door. Maddy refuses to leave and goes to pee. Since there’s no toilet paper, Maddy grabs a towel to wipe herself. She throws the towel into the shower, and it lands on top of Cassie.

Travis, played by Lil Meech, comes into the bathroom and asks Maddy if she wants to smoke. He asks her who that guy was who was just in the bathroom. “Literally the worst person in the world,” Maddy says about Nate.

Elsewhere at the party, Rue finds herself wandering around and ends up back in Fez’s car. She spots the Altoid’s box with the heroin. She takes the hit and tries to find an empty room in the house. She stumbles upon a boy named Elliot, played by Dominic Fike. After taking a hit of cocaine with him, Rue starts to think she’s going into cardiac arrest. He stays with her while her breathing levels out after snorting some Adderall. “I’m not sure it’s a good thing we met,” Elliot says. Rue admits the thought she was going to die for a second.

Meanwhile, Fezco flirts with Lexi on the couch. Jules comes up to them and asks about Rue, but they don’t know where she is. Fezco and Lexi end up talking about whether or not they believe in God. Lexi does not, while Fezco does. Fezco tells her that she’s the “coolest person” at the party.

Nate is watching the bathroom door closely when McKay shows up. Lexi is still trying to get in touch with Cassie. Maddy’s still in the bathroom with Travis. Cassie’s phone starts buzzing in the bathroom, and Travis goes to see what’s up. Cassie pretends like she’s passed out in the bathtub. When Travis calls her over, Maddy says she doesn’t care and walks out. Cassie’s safe for now. When Maddy walks by, Nate tells McKay that he’s going to do whatever he can to get Maddy back.

McKay tries to talk to Cassie after that near-miss with Maddy in the bathroom. Cassie is still shaken by the whole thing. Cassie tells McKay that she shouldn’t be anybody’s girlfriend at the moment. “I don’t know if I’m a good person,” Cassie says, which makes McKay walk away. Later, Nate starts provoking McKay about Cassie. McKay warns him to stop.

Jules finds Rue by the fire and asks to talk. She wants to know when Rue relapsed. Rue lies at first but then says, “The night you left.” Jules doesn’t say a word. Fezco tells Lexi that talking to her was “one of the best parts” of his year and asks for her number. “I hope to see you soon, Lexi,” Fezco says. He calls Ashtray and orders him to get the car started. Ashtray tells Rue to head to the car if she wants a ride.

Rue gets up to leave, but as the clock counts down, she sees Jules tearing up. Rue apologizes to Jules. “I didn’t mean to be mean,” Rue says, adding that she’s been having a tough time. They both admit that they miss each other. “I want to be with you,” Rue says. They kiss and ring in the new year together.

Fezco kicks off the new year by slamming a bottle of Tito’s on Nate’s head and proceeds to punch the daylights out of him. It’s absolutely brutal. Nate’s face is completely covered in blood. Fezco eventually stops beating up Nate and looks at Lexi as Maddy, McKay, Cassie, and others grab an unconscious Nate. Rue watches the whole thing go down and just says, “Damn.”