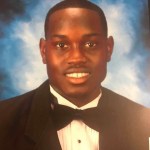 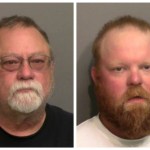 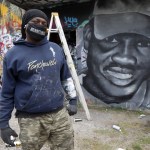 Many celebrities commended the decision, where both McMichaels were given life without parole, saying that justice had been served.

Many stars took to their social media to express how satisfied they were with the sentencing. George Takei wrote that Ahmaud had received justice “at last.” Vivica A. Fox commented that it was “Awesome news” on a post from The Shade Room, sharing the decision. Filmmaker Ava DuVernay simply shared the details of the sentencing from The Associated Press, while quote-tweeting a photo of Ahmaud. Actor Matt Walton also tweeted about how he felt like the judge had made the right decision.”Justice feels exhilarating. Probably because it seems so rare,” he tweeted.

Justice in Georgia for Ahmaud, at last.

“Three white men who chased and killed Ahmaud Arbery were sentenced today to life in prison, with a judge denying any chance of parole for the father and son who armed themselves and initiated the deadly pursuit of the 25-year-old Black man.” – @AP https://t.co/L1vIvhXoOc

Probably because it seems so rare. #AhmaudArbery

While many commended the sentencing, activist Al Sharpton took to his Twitter to explain how much work went into getting the three killers sentenced, and he showed that persistence can lead to accountability. “The life sentences of the 3 convicted murderers of #AhmaudArbery is not justice, it’s accountability,” he wrote. “When NAN got involved last yr supporting the parents & lawyers, the local DA wouldn’t even arrest the killers. Today’s sentencing shows that results come from sustained movements.” NAACP President Derrick Johnson called the sentencing “an encouraging step forward.”

The life sentences of the 3 convicted murderers of #AhmaudArbery is not justice, it’s accountability. When NAN got involved last yr supporting the parents & lawyers, the local DA wouldn’t even arrest the killers. Today’s sentencing shows that results come from sustained movements

The justice system did its job today. Ahmaud Arbery was brutally murdered in broad daylight, and we are pleased to see accountability prevail in this case. This is an encouraging step forward.https://t.co/TAybPUEQ8H

Prior to the  sentencing, Judge Timothy Walmsley spoke about how many people were seeking closure through the sentencing, but he explained how difficult it is for those who were affected by the murder to feel closure. “Sentencing does not generally provide closure,” he said. “In this case, I think many people are seeking closure: the mother, the father, the community, and maybe even parts of the nation, but closure is hard to define and is a granular concept.”